Nevertheless I’m a foodlover. I enjoy making and eating tasty, healthy food. And I spend a lot of time in the kitchen preparing it. It’s a huge part of my every day. Especially as an athlete, a healthy diet is a big piece of the puzzle to optimize performance and recovery. Food is fuel, like gasoline for the car. You need to get enough and the right type of fuel to make the car go as fast as possible. And the timing is also really important. When I return after a hard training ride I try to eat something as fast as possible. A mix of muscle-building protein and energy refueling carbohydrates. It could be natural yoghurt with (homemade) muesli, raisins and a banana or Nutrixxion’s protein shake combined with their energy bar.

But I actually prefer to make a lot of food in the evening, double portions, so that I can just heat it up in the microwave and have lunch immediately. Hallelujah for the microwave. Haha!

My interest for food has grown a lot over the past years. Mostly due to traveling around the world and tasting food from different cultures and spending a lot of time with another foodie, my teammate and best friend Marie Vilmann. For example I discovered goat cheese which has now evolved to an uncontrolled obsession ;-). 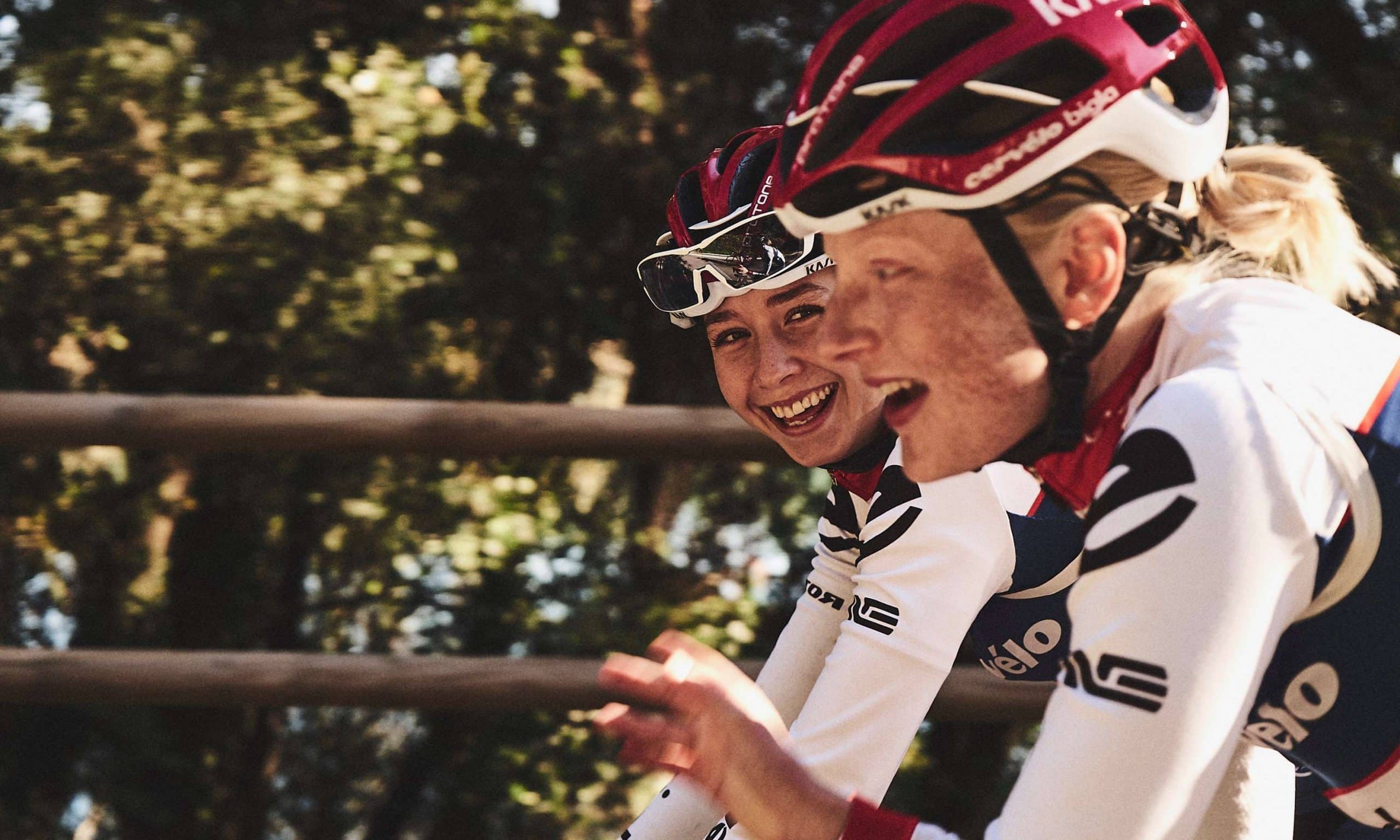 Furthermore I recently learned how to make an incredibly tasty Tortilla de patatas – a traditional Spanish dish. Secret tips: fry the potatoes and onions in oil and flip the “omelette” at least 3 times with a 30 second interval. And badum tssshh the angels are singing!

But as much as I love trying new flavors and dishes I also love my rye bread and “Pålægschokolade” (thin slices of dark chocolate to put on top of bread), two things I always travel with and can’t live without. Another thing that I wouldn’t want to live without is banana bread as pocket food during training. You can watch my favourite recipe here that I made for you guys together with Marie. 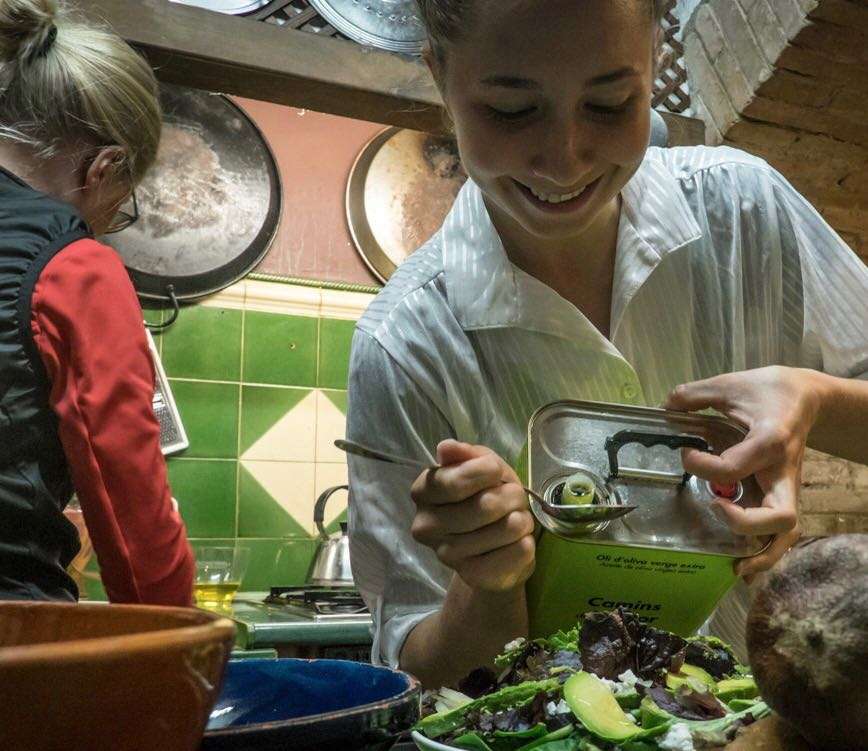 I have a big appetite and I’m hungry pretty much all the time. In fact my nickname is “garbage disposal” among family and friends. I’m often asked: “How can a small lady like you, eat so much? Where does it go?”

I need a lot of energy to endure a high work load on the bike. I guess one of the biggest draws of being a professional cyclist is the seemingly limitless amount of food you can eat after finishing “a day at the office”. But rest days don’t suppress my appetite. The opposite happens. My stomach fells like a bottomless pit and I’m often craving chocolate or sweets. The following illustration becomes reality… 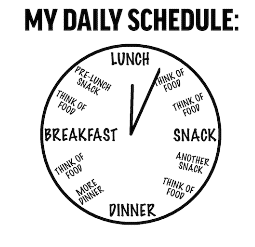 I try to vary my food consumption, but there is one thing that is on the dinner menu more often than not….Chicken…we get PLENTY during the season. The menu is carved in stone.

Chicken for dinner. Not just often, but at every race. The variability is the tenderness and the spices. The chicken is always followed by a pasta party. The nail-biting part is which type of pasta they serve and if the tomato sauce is pureed or not. It’s simple but good.

Nevertheless by the end of the season I grow a little tired of chicken and pasta. But you know what’s funny? I actually make a lot of chicken myself outside of races. It’s quite ironic… I know.

They say you are what you eat. If that’s true then I would probably be an avocado. I simply love avocado and I eat it as often as possible. I could eat it anywhere, anytime. The best way to start the day is toasted bread with mashed avocado generously topped with dark chocolate. Maybe that sounds strange?! But think about it… If you have one good thing and combine it with another good thing the result can only be twice as good, right?

At least that’s my philosophy when it comes to pairing other food with avocado.

Generally I try to eat  healthily, but balance is really important though. If everything unhealthy was off limits, and you have to force yourself not to eat things, you get really fed up. If I’m a happy person, that will make up for the extra kilo of weight I gained.

As I like to say – happy head, fast legs.

See you all on the road soon! I will be in Belgium for the next couple of weeks preparing for the upcoming spring classics.