Why should we practice self-censorship?

Now that the dust has settled since my blog post on the disparities between the men’s and women’s World Championships road courses, I wanted to follow up after it went a little crazy on SoMe!

It was great to see that it started a debate with a lot of good contributions and reflections. But I’m afraid that in certain areas I’ve been misunderstood. And I feel I need to clarify a few things.

My intention with the previous blog was never to introduce more climbing or make harder courses just for the sake of making it harder. I was never trying to compare us to the men, as I wrote the men are clearly racing faster. And I believe we SHOULDN’T race the same distance. Our races have a suitable length for creating super exciting entertainment. We should hold onto that. BUT I was pointing out that there are obvious gender disparities. I think it’s only fair that the women’s races include the same spectacular elements as the men’s.

If there is something women’s cycling needs, it’s more exposure. But it is very difficult to get media attention for the women’s race if all the talk is about how spectacular the men’s race is going to be. In that way we appear to be a sideshow or warmup for the men’s race. All I’m asking is to be treated on equal terms and I think that’s fair to demand.

I do NOT want to mindlessly copy the men or for women’s cycling to follow the same blueprint. Women’s cycling has its own identity. But why is it acceptable to give the men special treatment? Why are they the only ones who can have spectacular elements? 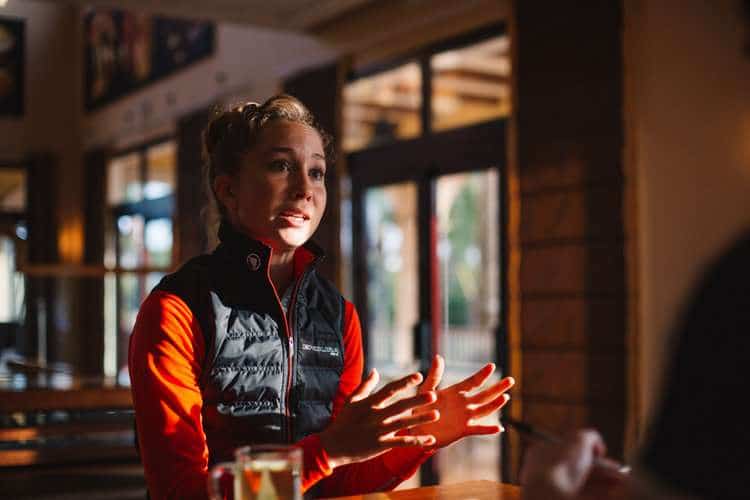 It’s the exact same questions that pop up when the Olympic course was revealed. Why is Mount Fuji (the element everybody is talking about) excluded for the women? Once again, the spectacular show-stopping, headline-grabbing element of the Tokyo 2020 course is reserved solely for the men. Let me stress that I would have raised the same questions if it was a long gravel-section or any other extraordinary element that was omitted in the women’s parcourse. It has absolutely nothing to do with wanting more climbs, but wanting the same possibilities and coverage as the men. It’s about wanting the best for women’s cycling.

Some have said that I should stop complaining and instead appreciate and be happy that women’s cycling is progressing. Or rather address other (more important?) gender disparities that exist within the world of cycling. To me that’s the most frustrating part of this whole debate. The design of the courses is just one of many examples of the injustice’s women cyclists face. Prize parity is unfortunately still a rarity in women’s cycling and the amount of riders allowed at the Olympic Games is two other examples of injustice. If we cannot speak about things that are wrong then we are practicing self-censorship. I am simply pointing out disparity. And if we don’t continue to challenge the status quo, the sport will not move forwards. The disparities are an injustice.

Some have claimed that the only way we can change women cycling for the better is to join forces and stand together in organizations. It’s true that we are stronger – and have a bigger chance to make a change together, but I will reserve my right to fight with the weapons I’ve got and express my opinion in these blogs. The more debate the better.