We are delighted to announce the shortlist for the first part of this year’s Voxwomen Rider of the Year Award, in partnership with the Rouleur Classic, the world’s finest road cycling exhibition.

Last year the inaugural World Tour winner Megan Guarnier flew over for a whirlwind weekend in London, to claim the prestigious award. The US champion was a hit at the Rouleur Classic and it was fantastic to honour her dominance last season. 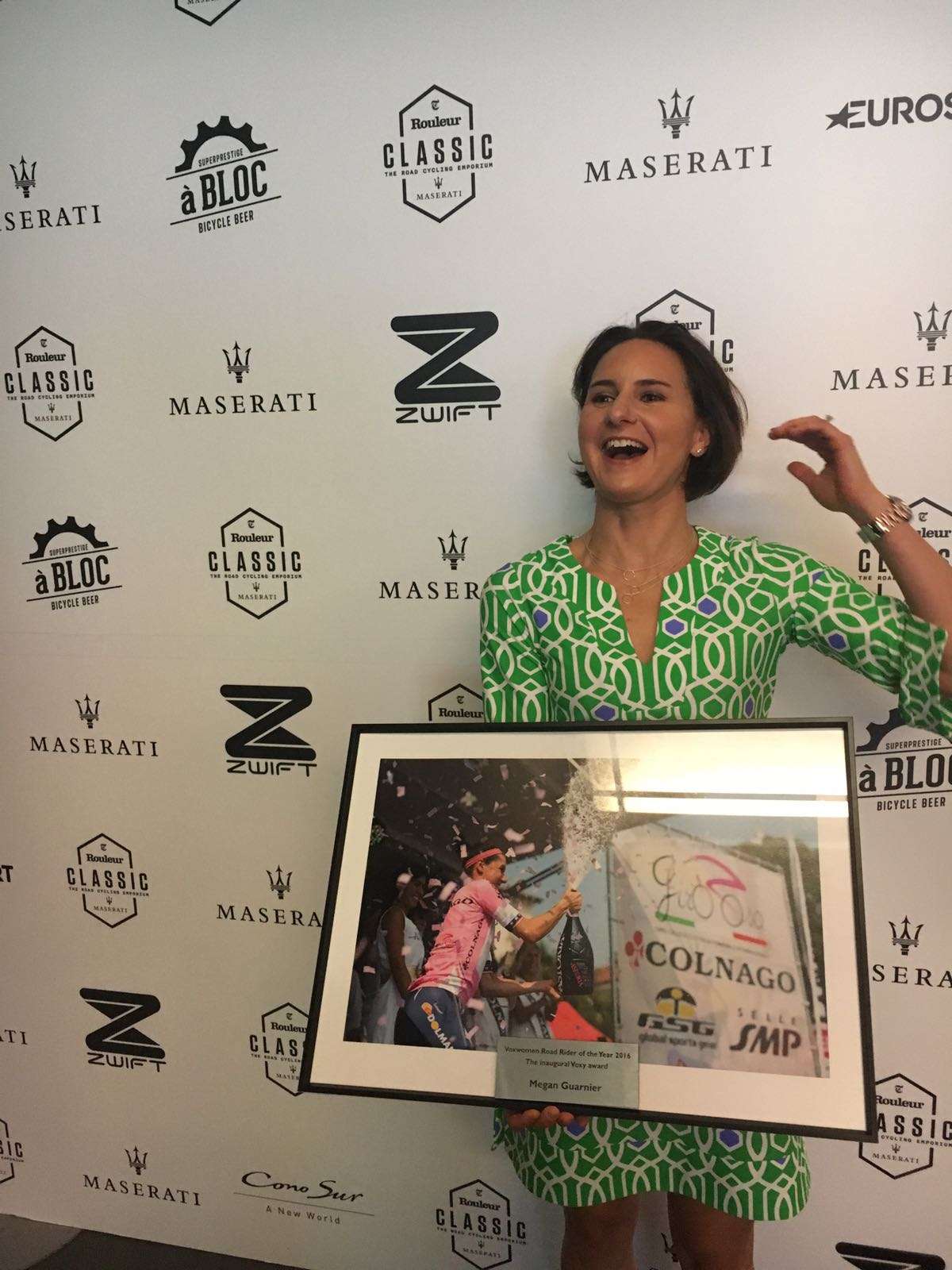 After the success of last year, we have expanded the format in 2017 and allowed women’s cycling fans, who are so dedicated to the sport, to have their say.

There will be three online votes held during the racing season and fans can choose their best rider from the spring, summer and autumn periods.

The rider with the most votes accrued in each period will go through to the final round – where as esteemed panel of judges will choose their Voxwomen Road Rider of the year, with the winner announced at the Rouleur Classic on November 2-4 in central London.

The shortlist for Spring, the first round of voting, lasting from January to the Tour de Yorkshire Women’s Race on April 29, are:

Anna van der Breggen (Boels Dolmans)
The European and Olympic champion was impregnable in the Ardennes Classics, taking the Amstel-Flèche-Liège hat-trick in mid-April.

Lizzie Deignan (Boels Dolmans)
She fought through early-season illness to deliver victory in her home Tour de Yorkshire, as well as three second places to her Boels-Dolmans team-mate at Amstel, Flèche and Liege.

Coryn Rivera (Team Sunweb)
Sunweb’s puncheur-sprinter enjoyed an international breakthrough this spring, sprinting to victory at the Trofeo Binda and Tour of Flanders, as well as third place at Gent-Wevelgem.

Katarzyna Niewiadoma (WM3 Energie)
At 22, the Pole is the youngest racer to make the spring shortlist. She has been a consistent contender, finishing second at Strade Bianche and third in all three Ardennes Classics.

Annemiek Van Vleuten (Orica-Scott)
Van Vleuten was a one-day contender all spring, winning the Cadel Evans Great Ocean Road Race and finishing third in the Amstel Gold Race, fourth at the Tour of Flanders and fifth at Strade Bianche.

Voting closes on June 16 2017. This is YOUR chance to have your say! Place your vote here.

To find out more about the Rouleur Classic Show and to purchase tickets, visit www.rouleurclassic.cc