Voxwomen announces partnership with I R I S

Voxwomen, the women’s international cycling media hub and innovative new cycling clothing brand, I R I S has partnered together to launch a series of limited edition cycling accessories to help to continue to raise awareness of professional women’s cycling. 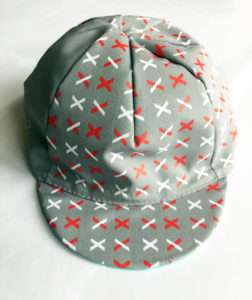 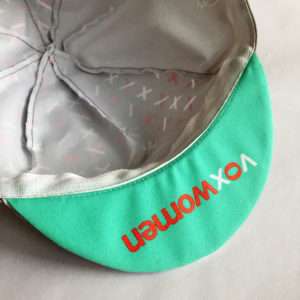 Designed exclusively by I R I S company owner and ex-professional cyclist, Iris Slappendel, the first product in the series to be released is the limited edition Voxwomen caps which are available to purchase from today.

There has been no expense spared on the design or quality of the Voxwomen cap as its eye-catching turquoise, grey and red colour, and luxurious material stand out from the crowded peloton.

The caps have been manufactured in Italy and are made from a breathable, wind-proof cotton/polyester mix. Whether racing, out on a club ride, enjoying a leisurely café stop or tackling off-road dirt sections; the Voxwomen designed I R I S caps are sure to bring style kudos in any cycling situation.

Further Voxwomen I R I S accessories collaborations will be announced imminently.

Designer and I R I S company owner, Iris Slappendel, said: “Voxwomen has made a big contribution to women’s cycling since they arrived on the cycling scene. As a rider I saw the difference they were making in helping to give fans a different perspective compared to other media outlets by giving an insight into the rider personalities and the stories behind the races.

“I decided to work with the team to help them to generate more interest about their brand and women’s cycling. You will recognise the logo and Voxwomen colors in the products that I designed as part of this collaboration, but I added a bright mint green which has a beautiful contrast with the grey. The I R I S brand style has a graphic and colourful base – which is certainly highlighted in all of the Voxwomen designs.”

Voxwomen has previously partnered with Iris to design a bike accessory and found her attention to detail in every aspect of the design process to be of the highest possible standard.

Anthony McCrossan, Voxwomen owner, added: “It’s been a delight to work with Iris and her new I R I S product line is something that we expect many of our followers are already fans of. We hope that cyclists enjoy riding in the I R I S Voxwomen caps and accessories – not only are they helping us to raise awareness of women’s cycling in purchasing them, but they will be wearing some of the most popular accessories in the professional women’s peloton.”