In an exclusive launch in London on the Thames, Zipp, who’s sole mission is to make cyclists faster, unveiled a “radical new wheel shape”.

They have called on the power of nature using biomimicry, the imitation of systems of nature to solve human problems. Sharkskin technology has been used for years in swimming, as world records have been smashed and the standard of racing has skyrocketed. 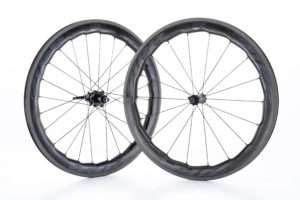 Now Zipp have used nature’s ability to adapt and thrive under pressure and produced a radical new wheel shape – the 454 NSW Carbon Clincher, based on the tubercles of the sperm whale.

And Voxwomen were lucky enough to get a first glimpse of the groundbreaking new wheels last night.
It all started with a hunch. And after four years, 35 prototypes, 252 hours in the wind tunnel and 6000 CPU hours, the 454 NSW Carbon Clincher was born.

It is a wheel to “turn heads and head echelons” and Zipp have declared it “revolutionary”. The wheels are lighter, stronger and faster and will provide the highest and most stable performance regardless of terrain or weather.

Using a brand new manufacturing process Zipp have created, it takes 12 hours to make one wheel, which is considerably more time than any of their other wheelsets 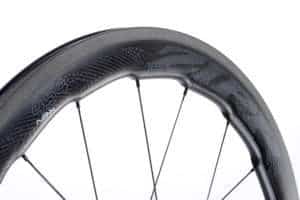 The rim is shaped like a Sawtooth, with a Hexfin dimple pattern in certain areas of the rim to help keep airflow attached to it. The nodes of the sawtooth wheels, or Hydrofoils, stabilise handling in gusting wind conditions by increasing the vortex shedding frequency. In essence, there are more frequent and smaller dumps. With more stable wheels, the rider will save watts typically expended trying to hold a line in the wind. Tests found gains of three to five watts. 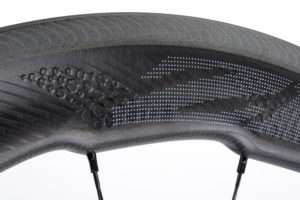 The Sawtooth shape has been optimised for greater system efficiency, in a perfect combination of nature and science. The cleaner you slice through the air on a bike, the faster you will ride. In short, Zipp believe this is their fastest shape ever. It allows leading edge athletes, male or female, to ride with ultimate confidence, focusing purely on performance.

And as female cyclists tend to weigh less than male cyclists, Zipp told us the product had been designed specifically with women in mind too: “Over the years we have produced three wheel sets. Typically we saw male riders riding 404 and 808 but women want to stay on the more shallow side, 303, because they are lighter and they get blown around more. Some people ask why we have picked this model over any other – we thought this was a good place to start, the 404 is our bread and butter but we thought about the women’s side of the sport. This is a way to get women into a deeper section so they can be more efficient AND more stable. We have tested on female riders too.”
The wheels cost €4000, €4000 or £3500 and will be available to buy this month. 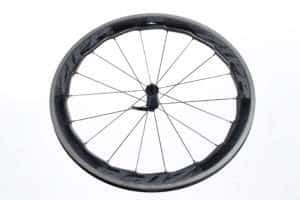