Thoughts whilst out of order

I am probably one of the more quiet riders and I don’t get to express my opinion in public that often, which is completely fine for me.

But currently I am in a different mood. After several months shaking my head in silence about decisions and talks that have been made, I feel like I should use this blog as an opportunity to share my own little thoughts. The fact that I am currently -out of order- due to illness, sitting alone at home while my buddies are in a winning mood probably didn’t help moderate my inner-rebel while I was writing this blog. Not everyone will agree with me and that’s ok, but at least I hope to add a different point of view to what looks too often as a one-way conversation.

Here are two of my thoughts:

I think the UCI is making a mistake getting rid of the TTT trade team world championships.

You probably think: “She only says that because Boels Dolmans likes TTT’s. She wouldn’t say so if she was part of a smaller UCI team.” You’re right. I am for sure not neutral. This event allowed me to become World Champion with my buddies and it will probably remain one of my best memories in my career. But I am not trying to convince you because of this selfish reason. I am 100% a team player. I believe that you can do great things simply by working together by using everyone’s strengths and weaknesses in the best possible way. I love seeing teamwork being rewarded. For me it is probably one of the most satisfying feelings there is. Winning alone is great, winning together is just way better. And this is where the TTT comes in:

Team time trials are probably reflecting best what it means being a successful team. There is no place for ego, it is all about the group, about trusting each other and working together. If you don’t, you might have the best individual riders in the world but you will never win a team time trial. Once riders realise it takes a real solid unity to make a TTT run smooth and fast, most of them will go with the same mindset into every other race. Working on turning your rider into a good TTT rider simply means turning them into a good team player.

What more could you want?

I am also convinced that this event has been one of the major reasons why women’s cycling became more professional over the past 5 years. The promise of finally getting some TV coverage was motivation enough for most of the teams to take this discipline seriously. If you want to improve your TTT there is no secret – you need to work on every single aspect – bike, equipment, rider, pacing, training and more.

You won’t succeed immediately and you won’t succeed alone. Everyone needs to step up their game and become more professional. Maybe the main goal was to get media-presence or a medal, but what it really did was ensure everyone got their heads together and tried to make their team the most performance environment possible. Not only for the TTT but for every other race as well.

In the mean time it also had the added side effect that by searching for perfection this made women’s teams more and more interesting in the eyes of companies eager for precious R&D feedback on their products. Win, win. 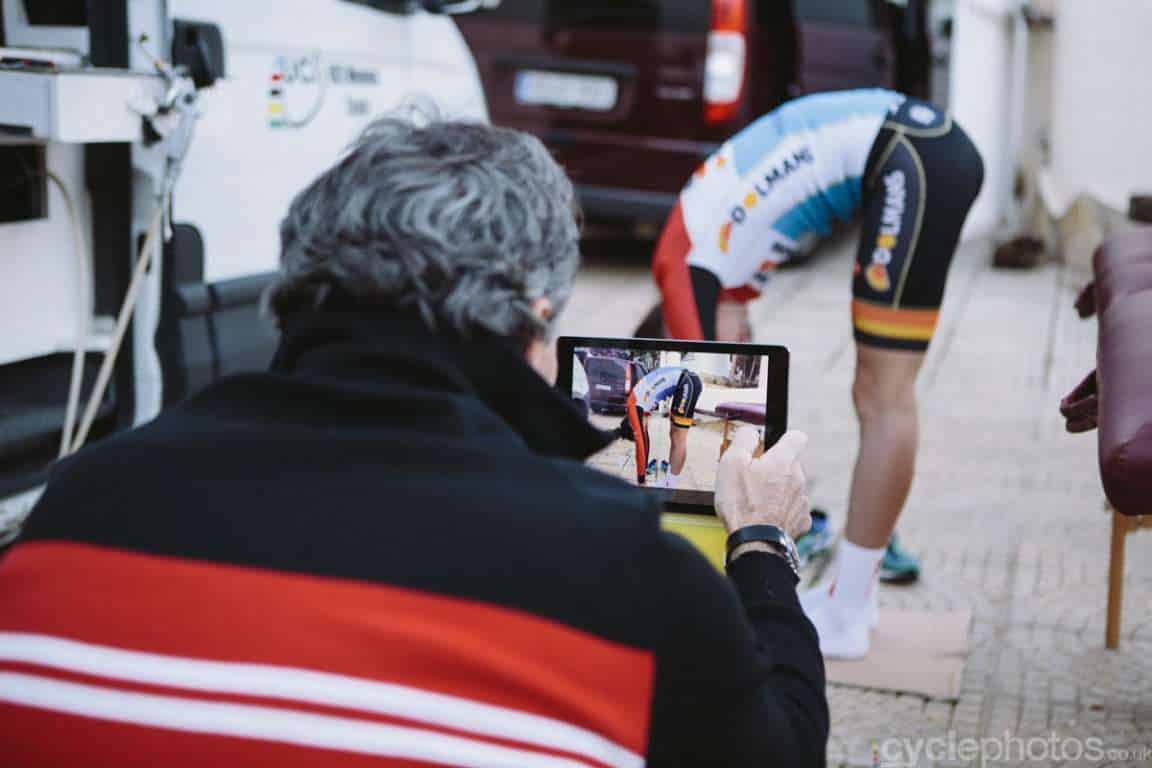 Now I guess this event wasn’t as important to the men’s teams as it was to the women’s teams, which is probably why no one actually made a fuss about the decision. The decision is sad, but the idea to replace it by a national mixed gender TTT turns the sad into ridiculous.

Is that just another way to make sure the big cycling nations will get titles and medals? Any smaller country will have a hard time getting a team together, not to talk about taking a medal. But with our trade teams, Bob Jungels and myself became world champions. Countries like Finland, South Africa or Switzerland got themselves titles and medals with their riders. This probably won’t be possible if we need to compete against a full Dutch, GB, US or Italian team.

This event has been a huge opportunity for women teams and for riders from smaller nations. It’s sad to see the UCI take this opportunity away.

My second thought is concerning all these complaints about women’s races not being held on the same roads as the men’s. Just to make it clear, I don’t agree. Here is why:

First of all, I believe it is a mistake trying to compare ourselves constantly with the men. I am not a man. I cannot ride my bike as fast as they can (pro riders of course 😉 and I don’t think my body would be able to handle more physical stress if someone decided to further increase our race distances or make our stage races longer then the longest we already have. I have been doing this now for several years. I might not be the best but I am for sure not bad at what I do.

I think I’ve found a good and healthy balance between racing, training, traveling and resting. But I also know, that with my current workload I am constantly on the edge of sickness. Of course it is always possible to do more but is it healthy and is it what we should push for?

Even with less speed and less distance our races are worth watching for spectators, maybe even more interesting then the majority of the men’s races. Women’s cycling has character, it’s own character. I strongly believe we should keep it that way. Just because something is being done on the men’s side of the sport, does not automatically mean it’s great, awesome and worth copying.

I do believe our races are hard enough. Obviously every rider has their own profile. You will never hear a sprinter saying she wants more hilly races and you will always hear climbers saying they want more climbs. But I believe our calendar has a good mix even if unfortunately some big races are still missing, for example Paris-Roubaix.

But aren’t the best races to watch the ones where potentially everyone can be in with a chance to win? A parcours that allows more riders to attack, that allows multiple tactical possibilities, that makes it impossible to predict the winner or the podium, is a race that is made for some good action. Of course there also needs to be the pancake flat races and the terrible uphill finishes, but the flat races don’t need to be flatter and the hilly races don’t need to be hillier.

For the World Championships in Innsbruck, adding the extra climb at the end of a course that already has 2,500m of elevation won’t make it anymore interesting in my opinion. It will only reduce the podium contenders from potentially five riders down to three riders. Unless they do huge tactical mistakes, the real climbers will win anyway, and if they don’t then someone else was smarter and deserved to win anyway. It won’t be because the lap wasn’t hard enough. I know we need to show what we can do, and for sure we are able to ride up that hill, I mean it’s only a question of having the right gears, but does it add any value to our race?

Just to be clear, I am not afraid of challenges. If I am healthy enough to be on the start line at Innsbruck, I know I don’t stand a chance to get a decent result. I also wasn’t afraid of the terrible Olympic Games course in Rio. I embraced the challenge back then and finished 18th. No one will ever remember that result, but for me it felt like a victory. It was probably the best I have ever climbed, with my given physical capabilities and I am proud of that.

I did not complain about the fact that the one race that was supposed to be my lifetime goal, turned into a mission impossible the day they announced the course.

I did not complain because I know that’s cycling and you can’t change the laps you are asked to race on.

I did not complain because I know there needs to be laps for everyone and that it is just bad luck I was born a middle range climber and that at the peak of my career the only Olympic Games were unfortunately those of Rio de Janeiro.

But I might start to complain if the media, UCI and fans start giving credit only to those who want climbs for breakfast, lunch and dinner.

We all want to make women’s cycling grow, but I think we shouldn’t make the mistake in our excitement to target the wrong goals or to expend energy on discussions that will only lead us down dead ends. In my eyes the priority should remain to improve the broadcasting of our races. Only that way can people see with their own eyes that with or without climbs they will absolutely love women’s cycling.