This little big something

It’s June and we have changed from cold and rainy one day races to stage races. And so far, different than expected, they were mainly all cold and rainy too 😀 Even in Spain.

But what can I say, no matter if it’s rain or sunshine: I do love stage races!

Stage races are a time when the team is really close together. Spending the daily routine around the races with one another and fighting together on every stage, brings you even closer. Those weeks are completely planned around racing and our staff does everything to make it possible for us to perform on our best level. A feeling and mindset that I really relish.

Furthermore every new day gives you a new opportunity. Every new stage is another chance to correct the mistakes you might have done the day before.

And I am glad I can say, that with every stage in, my legs do work better. Eventhough I can also feel the pain and a deep appreciation for elevators rising. 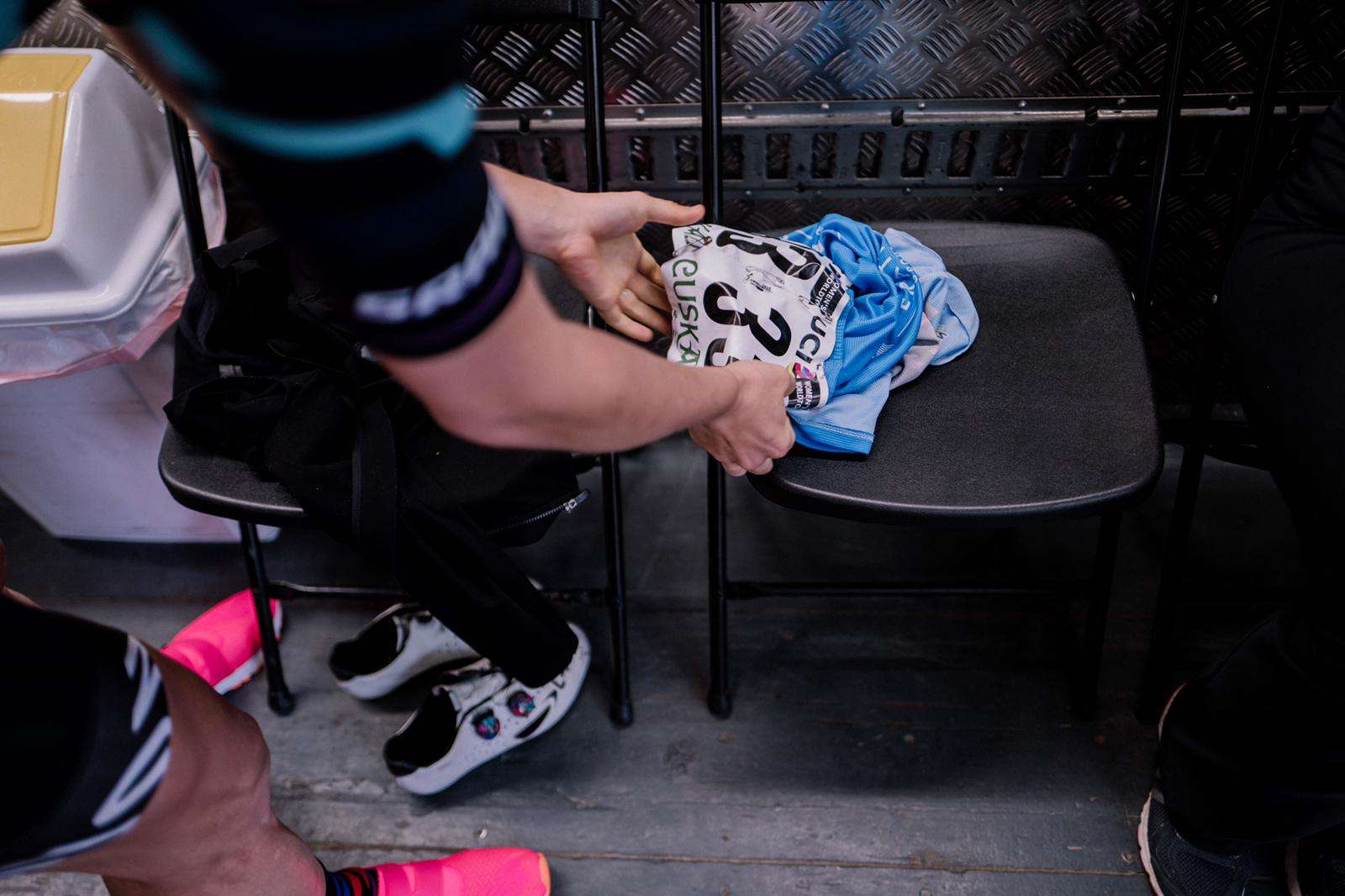 The latest stage race I did was the Women’s WorldTour race “Emakumeen Bira”. When I saw the race on my schedule in January, I was kind of worried about it. Let’s say it’s a “well profiled” race and does not exactly suit my strong leg. Furthermore we already raced a climby 4 day stage race in Burgos. That ended just 2 days before Bira started. Still I knew after my last years experience at the Ardèche stage race (TCFIA), that I can surprise myself especially in the hilly and climby races.

So nervousness but also excitement were the main feelings going into Stage 1. I was supposed to go for the intermediates and therefor for the sprint jersey. The first sprint came up early and my teammate Rotem put me in a really good position. In a photofinish situation, Emilie Moberg took the win by an inch and therefore the lead in the classification. This made her my main competitior for Sprint Number 2.

Climbing several steep climbs into that second sprint, the both of us were dropped from the main bunch, chasing back just 500 m ahead of the sprint. I used the momentum, just went and took it. Making Moberg and me now even in points. So the decision would’ve been made on the finish line. Gladly I made it to the finish ahead of her and won my first ever WorldTour jersey. 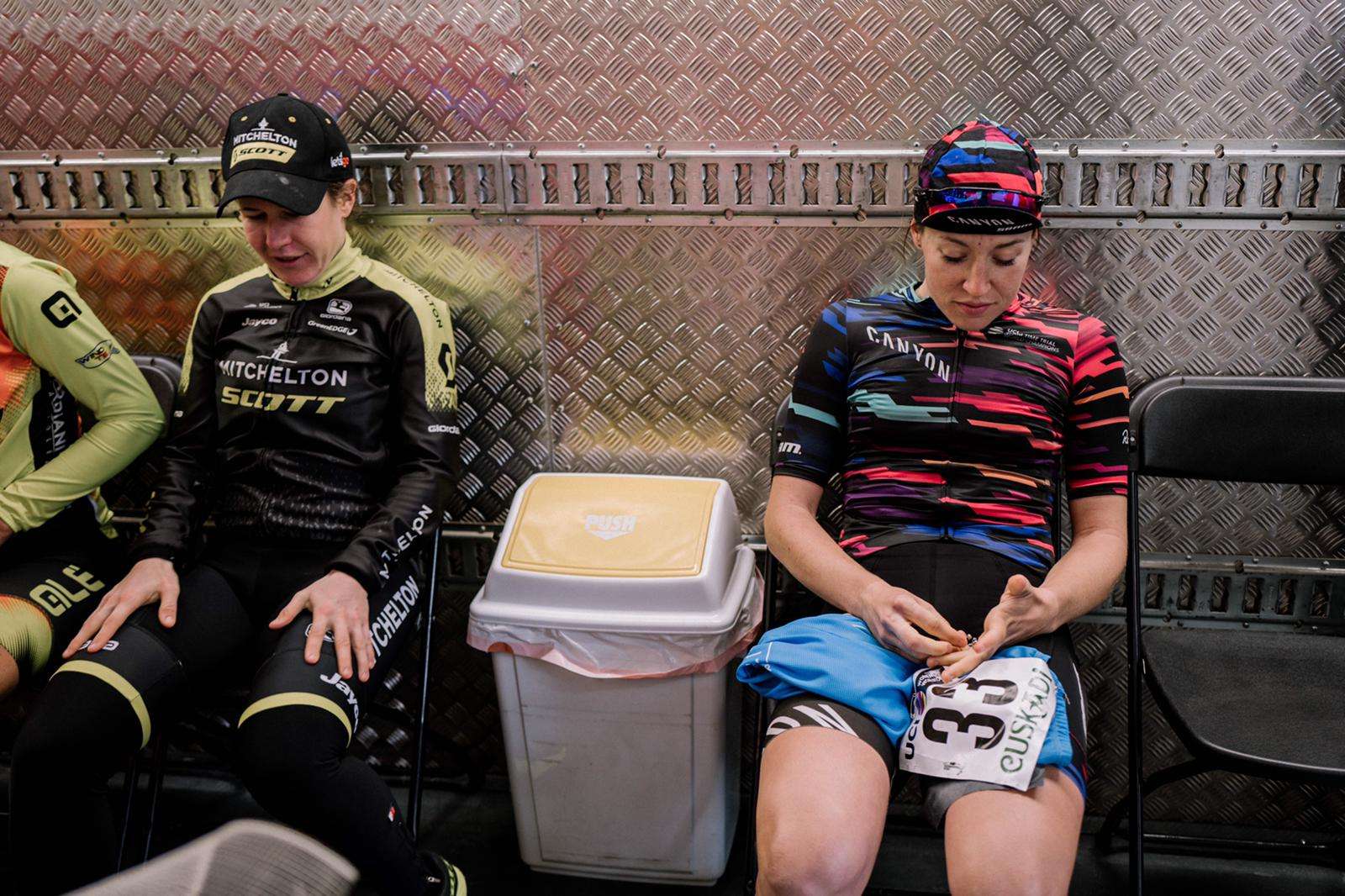 Still in disbelief and not that routined in ceremonies, I found myself getting ready inbetween riders like Jolien d’Hoore and Elisa Longo Borghini with the biggest smile on my face. And I was sure about one thing: I want to keep this jersey! No matter what!

Stage two had other plans for me though. I had one of my darkest days on a bike. A day where every pedalstroke and every km feels painful and the race just never seems to end. From km 40 on, it was a real fight for survival and I started to think about making the timecut. When I heard on the radio that Elena and Alena took the points in both sprints to keep me in the jersey, I felt so happy, honoured, thankful and moved. The motivation my teammates gave me that day was, what brought me up that final climb and to the finish line. And in the end it was also them, who brought me to my second WT podium and held me one more day in the jersey.

Taking that motivation into stage three I managed to make it into an early move, after an uphill(!) attack and out of that move I could take maximum points for the sprints classification. I could extend my lead in the second sprint being the first on the line out of the peloton behind a two rider breakaway. One more uphill finish. One more podium. One more massive smile on my face.

The fourth and final stage was supposed to be the hardest one. 156 km with four categorized climbs on the menu. But doing the math, we knew that a win or a second place in the first intermediate sprint would be enough to take the jersey home. So my teammates kept me at the front from start and led me out till the line of the first sprint. Once again I felt the feeling of gratitude I knew from stage 2 and again a motivation I’ve never felt before. A motivation that was so high, that it even brought me over three of those four categorized climbs within the peloton. On top of the last climb with around 15 k to go and not a big gap to the main group, I knew I would bring this home. The relief and the pressure falling off of me, the exhaustion of the last 10 days, the happiness about the win of the jersey, the gratitude towards my teammates suddenly overwhelmed me and tears of joy were rolling down my cheeks. But in the end, the fourth and final time on the podium, it was all smiles again.

When I came back to the camper and opened the door, all the girls were waiting for me. Cheering and hugging me when I came in, knowing that this was a huge success for me personally and that they all played their role in making this possible.

Sometimes it’s hard to describe “this little extra something” that makes you so happy to be a part of this team. This moment in that camper. That’s the extra. That´s the little big something that makes this team exactly MY team.

Thank you for reading my blog, Tanja Erath.