The Evolution of Zwift Academy

With the World Championships in progress, and the 2018 road season drawing to a close, we are also approaching the graduation deadline for the 3rd season of Zwift Academy.

Though obviously not in contention for the pro contract this time, I’ve been participating in the group rides, and actively following the program on social media (particularly our Facebook page). In the short span of three years, Zwift Academy has evolved into a world wide community of encouragement for cyclists of all abilities, and also a legitimate talent identification platform for aspiring pros. 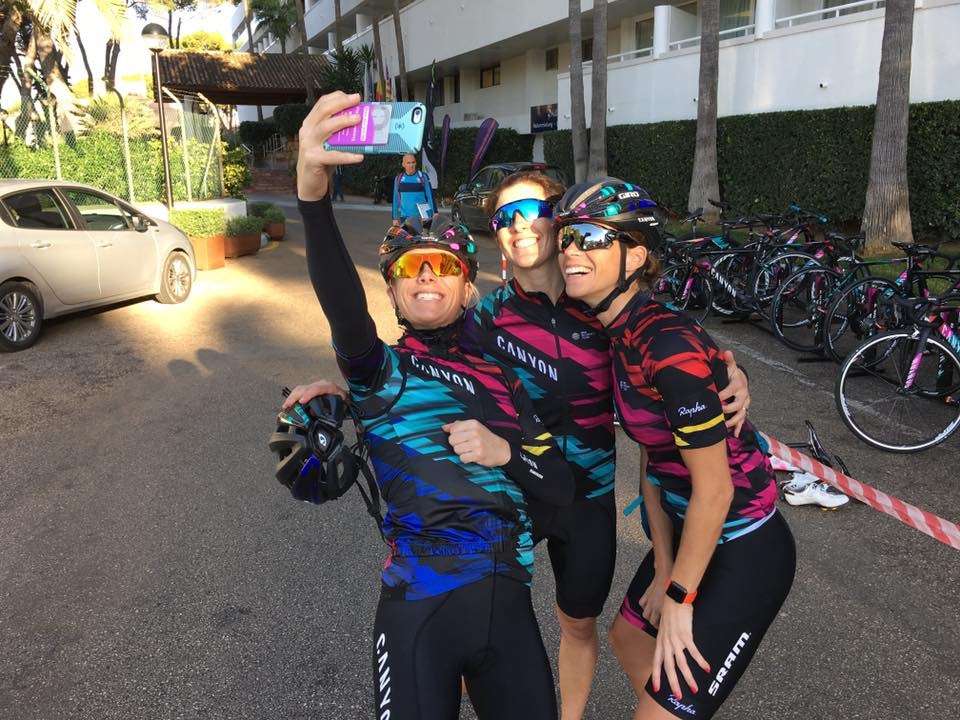 Flashback to ZA finals in Mallorca, 2016

The inaugural Zwift Academy was a bit of a trial by fire. It was a women’s program only. I’m not sure how many people knew about it, understood it completely, or even believed it was real. (I mean, I’ve signed up for some promotional things in the past that promised rewards of sorts to the competitors…particularly thinking of a running initiative put on by a very well known shoe company who I will leave unnamed, where you logged all your races completed for points and were supposedly going to win tote bags, shoes, etc…. I was in the top 20 in the world and never received a thing) I digress. Zwift Academy’s first year there were approximately 1200 women who enrolled, 110 or so who graduated, and in the end the 3 finalists had average age of 38 and a combined total of…..hmmmm……not sure even one year of bike racing experience (not counting finalist Jessie Donavan’s triathlon days, talking pure bike racing). My how things have changed! 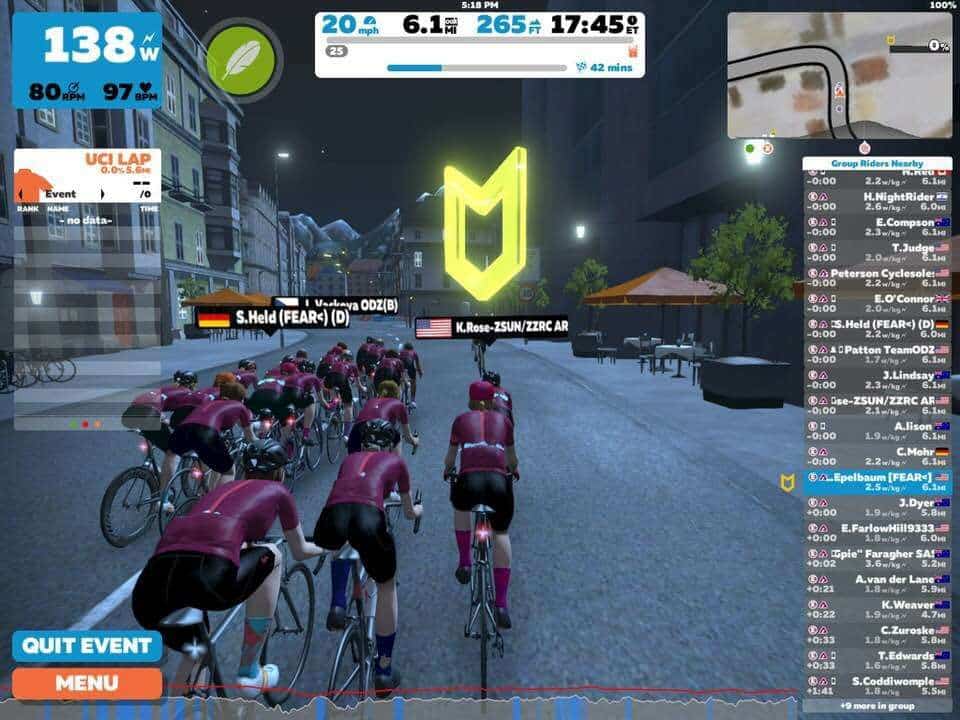 A ZA group ride going through virtual Innsbruck, where the World Championships are currently taking place.

Looking at the sheer numbers of participants is a testament to the success of Zwift Academy. In 2017, the men’s edition was added, selecting a rider to join the U23 development team for Dimension Data. This year, there were nearly 5,000 women enrolled and nearly 30,000 men. No, I didn’t finger stutter on the keyboard, that’s thirty-thousand men. We are on par to graduate almost as many women this year as the total number enrolled in 2016. That’s huge. So are all 35,000 of these Zwifters hoping to win the pro contract? Absolutely not. That is what makes the project so beautiful. Of course it is competitive. Of course there are plenty of participants who dream of winning, and have the skills to do so. But the vast majority of Zwift Academy riders are there for other reasons. Maybe it is the challenge of completing the challenging workouts, maybe they want to lose weight, maybe they have been a long time Zwifter but want to be part of the community…or maybe they just want to earn the stunning virtual kit exclusive to graduates! All of these are good reasons to join, and all will be fulfilled. The Zwift Academy alumni will tell you, it is a family. In the women’s academy this year we have everything from full-time moms to med students to engineers. We have cyclists who ride mountain, cyclocross, and road, but also those who only ride indoors. We have cyclists with over 20 years experience and also those with less than one year. There is something special about the community and the encouragement you will find there that is contagious. I am confident that this will cause the number of participants to continue to grow exponentially in the years to come. 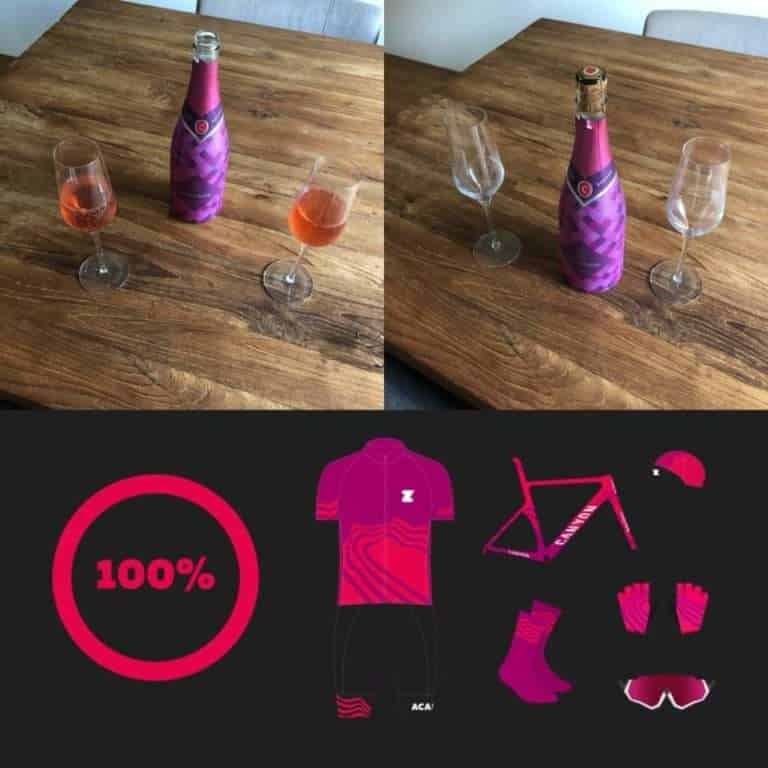 While the majority of Zwift Academy riders may not be expecting or even hoping for the pro contract, the competition among those who are has become more fierce each year. I think in the inaugural year, maybe the word hadn’t quite gotten out about the Academy, or people didn’t take it seriously. The average age of participants was 38. I’m making assumptions here, but I would guess that a large number of those 1200 women were working full time jobs and were already Zwifting, heard about the competition and decided to give it a go. Now that 2 years have passed with Zwift Academy riders present in the pro peloton, and plenty of exposure in the media, the composition of the riders aiming for the contract is changing. I see a greater number younger riders, and some pretty impressive race resumes among the contenders. I feel both incredibly honored and lucky to have found out about ZA when I did. I feel honored because I was given an opportunity most women only dream of, at a point in my life when most people would have said it was impossible. I became a professional cyclist at 37 years old, with less than one year of experience on a bike, and less than 5 Cat 4 races to my name. 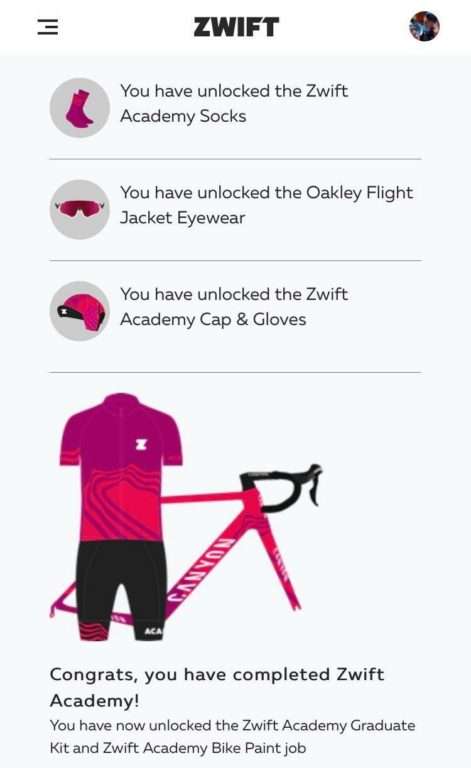 I think I was able to be an inspiration to women to not feel limited by their age, to dare to take the unconventional road in life, and to dream big. I feel lucky, because I think …and this is strictly an opinion, by no means the words or expressions of anyone from Zwift or Canyon SRAM… but I think it is unlikely that someone coming in with my level of experience would be able to win the contract today. It was a risk, it was a Cinderella story…but it has evolved, and I think the future Zwift Academy champions will be a bit more polished, and less in need of a fairy godmother to turn their pumpkin into a carriage. Lol. 2017 winner, Tanja Erath, has already garnered much respect and caused the world to do a double take at Zwift Academy, hitting the podium in the German national championships on the track, and taking home multiple sprint  classification jerseys. I believe this trend will only continue as the years go an, and can realistically visualize a day when finalists and semi-finalists who don’t win the contract will be picked up by other teams (kind of like the contestants in American Idol who didn’t win but later became huge stars….anyone heard of Jennifer Hudson?). 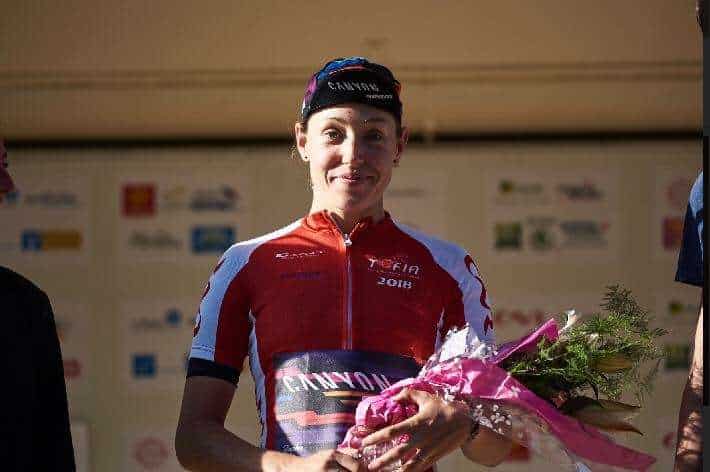 2017 ZA champ Tanja Erath in her Sprint classification jersey at Tour of Ardeche.

In a few weeks, the new crop of semi-finalists will be announced. I know I will be following closely in anticipation, and I hope you will too.