Sharon Laws Rider of the Year

Each year, Voxwomen award a trophy to the rider that fans decide is their Rider of the Year. Since 2016 this award has been presented at the end of the season following a vote. In 2020 the awards were expanded to include a Young Rider of the Year.
Since 2016 Voxwomen followers have taken part in a vote to decide their rider of the year. This vote has grown in significance since its launch as the riders, teams and sponsors get involved in the profile of the award. The Voxwomen team decide initially on a shortlist of riders who have really captured the imagination of cycling fans during the race season. This shortlist is then published for fans to vote upon. The riders receiving the award really cherish the accolade in the knowledge that the fans decide who wins. In 2020 Voxwomen added a new young rider category.
The prestigious awards are named after Sharon Laws. Sharon was a British rider who was very popular in the peloton. As an Olympian and a multiple British Champion as well as winner of road stages in races like the Tour de L’Aude, she was versatile enough to win the Absa Cape Epic Mountain Bike race. She sadly passed away in 2017 after being diagnosed with cervical cancer. The awards keep her memory and legacy alive. She had worked for Voxwomen throughout her illness and was a valued member of the team helping to grow women’s cycling. 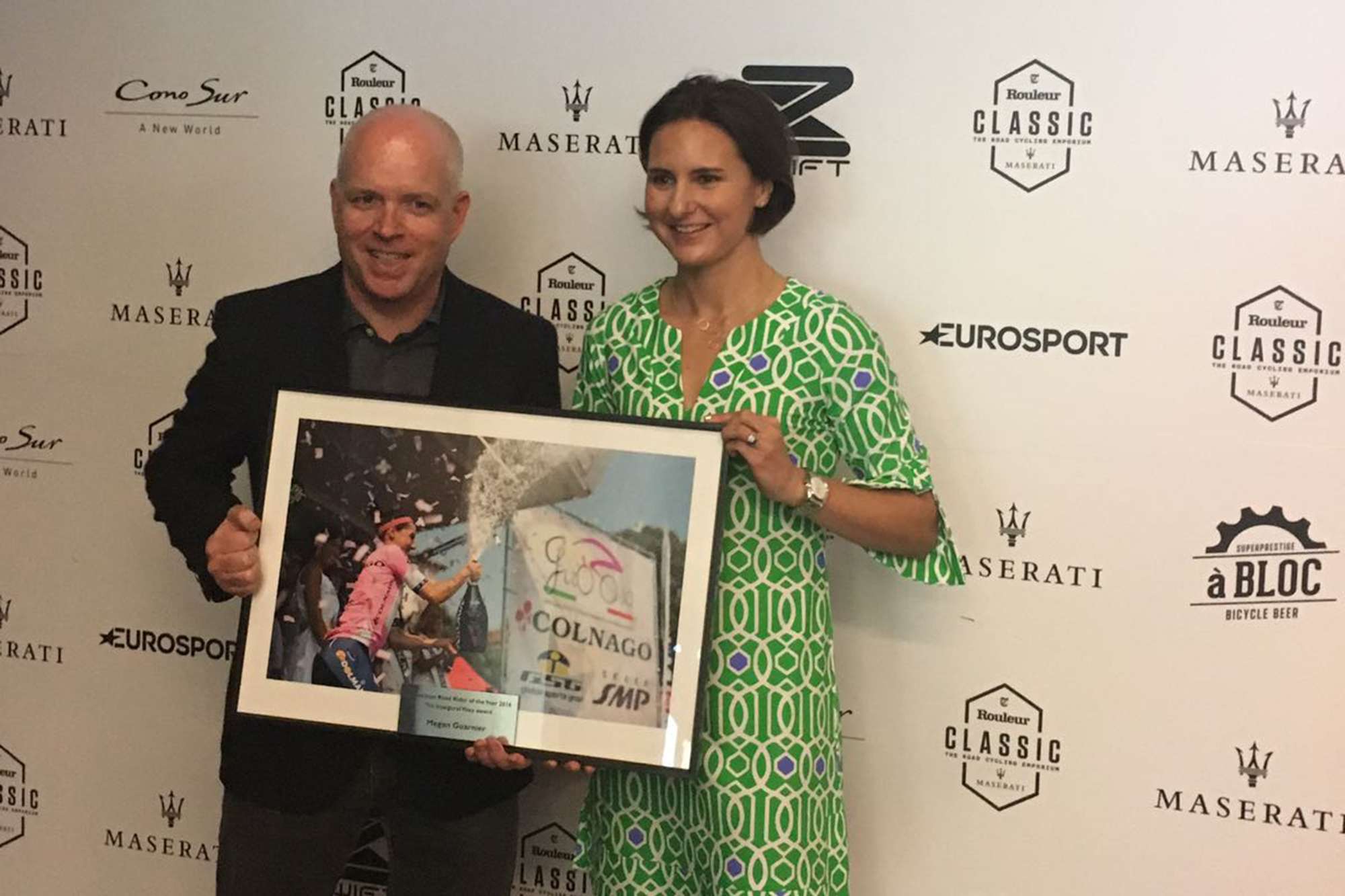