After her emphatic victory at the Tour of Norway, Marianne Vos (CCC-Liv), is the new leader of the World Tour ranking. Along with the general classification victory, three stage wins meant Vos amassed enough points to leapfrog compatriot, Annemiek van Vleuten (Mitchelton Scott), and build a 100 point lead heading into Plouay. With van Vleuten and Vos both missing from action this weekend it will remain status quo at the top of the rankings for now.

In the young rider competition, we also saw the leader’s jersey exchange hands. After her stellar season it felt like it would only be a matter of time before we saw Lorena Wiebes (Parkhotel Valkenburg) in blue. As predicted the young Dutchwoman left Scandinavia with an additional new jersey having usurped Marta Cavalli (Valcar Cylance) at the head of the World Tour Youth Rankings

A long standing race on the women’s calendar, Plouay is aggressive and exciting. The summer classic has used similar circuits since its inception in 2002 and the punchy, challenging terrain makes for an attritional battle where only the strongest triumph.

The 128km long race in the region of Brittany has been altered slightly this year and if anything looks set to be even more challenging and unpredictable. The race now comprises of 6 ‘long’ laps of 16.7km and 4 ‘short’ laps of 13.9km with both laps featuring the Côte du Lézot (1km at 4.6%) and the steeper Côte de Ty Marrec (1.1km at 6.5%).

The climbs are tough and with both being bottlenecks the fight for position is critical making the run-in to the base of every climb as equally hard fought as the climb itself. With a total of 16 ‘classified’ climbs as well as the numerous drags and kickers it will certainly be a relentless affair.

The final ascent of the Ty Marrec tops out with just under 5km to go and with a fast run-in to the finish it normally acts as a launch pad for a race winning move. Historically Plouay almost always comes down to a reduced bunch sprint or a breakaway and with this year’s stacked field it looks likely this trend will continue.

Defending champion Amy Pieters (Boels Dolmans) will be hoping she can replicate her performance last year which saw her sprint to victory from a select group of 15 riders. The current European champion heads up an extremely strong Boels Dolmans squad who as ever have multiple cards to play with Chantal Blaak, Anna van der Breggen and Katie Hall all racing.

2nd overall in the Tour of Norway, Coryn Rivera (Team Sunweb) will be hoping she can take her first win of the season and upgrade her 3rd place from last year to 1st. The American who looked very impressive on the slopes of the Fredriksten fortress last weekend will hope she can power to victory from a reduced bunch sprint.

Trek Segafredo’s Lizzie Deignan is another rider who thrives in Plouay and knows the intricacies of the course well. Having clinched the title in 2015 and 2017 the Yorkshire women will be looking to add another win to her tally of French victories. Deignan, who won the OVO Energy Women’s Tour this year, will no doubt be coming into great form as she finalises preparations for her ‘home’ World Championships. 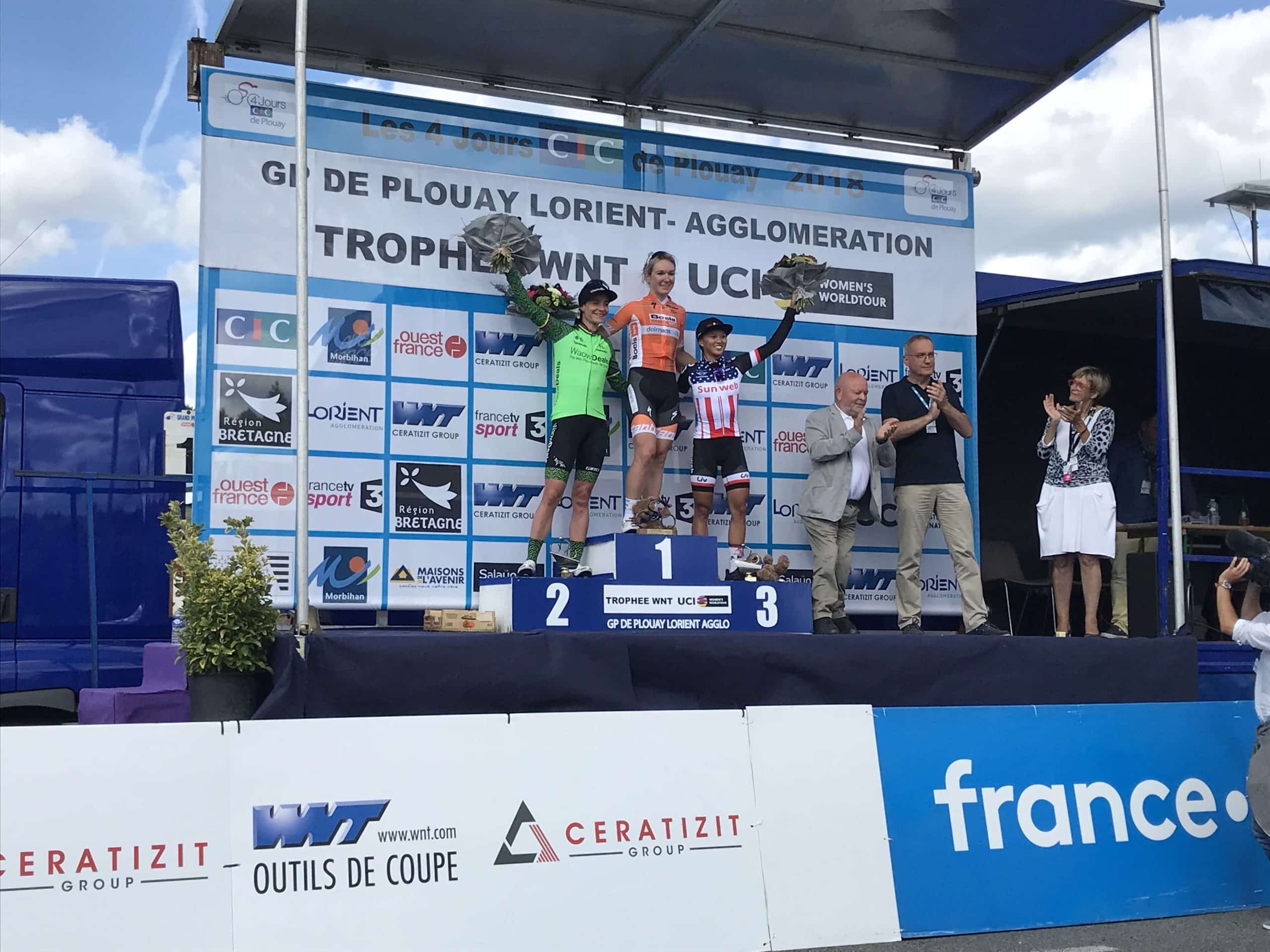 Another rider with eyes on success in Yorkshire and one to watch this weekend is the Australian Amanda Spratt (Mitchelton Scott). Spratt excels on the punchy climbs and will look to use her strength on the Ty Marrec to launch herself towards a victory and take home Mitchelton Scott’s first ever Plouay win. The triple winner of the Santos Tour Down Under comes back to racing after and training block in Livigno and will be hoping the high altitude and hard work will pay dividends this weekend.

Plouay is the last major one day classic before the World Championships in September so expect to see the best riders in the world coming into their best shape. It’s the final tune up and riders will be looking to test their legs and possibly gain a psychological advantage going into Yorkshire. It’s set to be a day of aggressive, dynamic and above all exciting race.