It’s common sense that quality nutrition and diet go hand and hand, with what you put in heavily influencing how much energy you have to perform on the bike, the result you ultimately get out and also how you recover post riding. Food serves as fuel for training, but not all foods are equal in terms of quality and level of nourishment. There is not one singular food that can make you a stronger, faster and superior athlete, but there are many that can pack a real nutritional punch and be highly beneficial to health. Eating the right foods to fuel daily activities is vital for everyone, but this is amplified for cyclists when it comes to meeting the additional fuelling needs that riding provides.

I’ve been having a break at home in New Zealand for the past month, and it’s been really nice to have access to all sorts of ingredients and foods that you can’t find easily or at all in Spain. New Zealand supermarkets are generally bursting at the seams with various organic and whole food options compared to in Spain where seemingly standard products such as frozen berries, nut butters and basic baking ingredients are very difficult to find. It has certainly made for a lot of trialling and recipe testing while I have ready access to all sorts of goodies, and I don’t think I’m alone when I say that a significant proportion of my riding time is spent pondering what I will whip up for lunch afterwards… or when I can consume another experimental homemade training snack. So while much of my spare time at home has been spent studying up on new ingredients and cooking ideas, before travelling to the supermarket from my kitchen and return, I thought I would share some of my favourite foods that I like to have stocked up in the pantry to incorporate into my everyday diet. These are not only for nutritional benefits, but also for their versatility, simple preparation and taste – which goes without saying really. 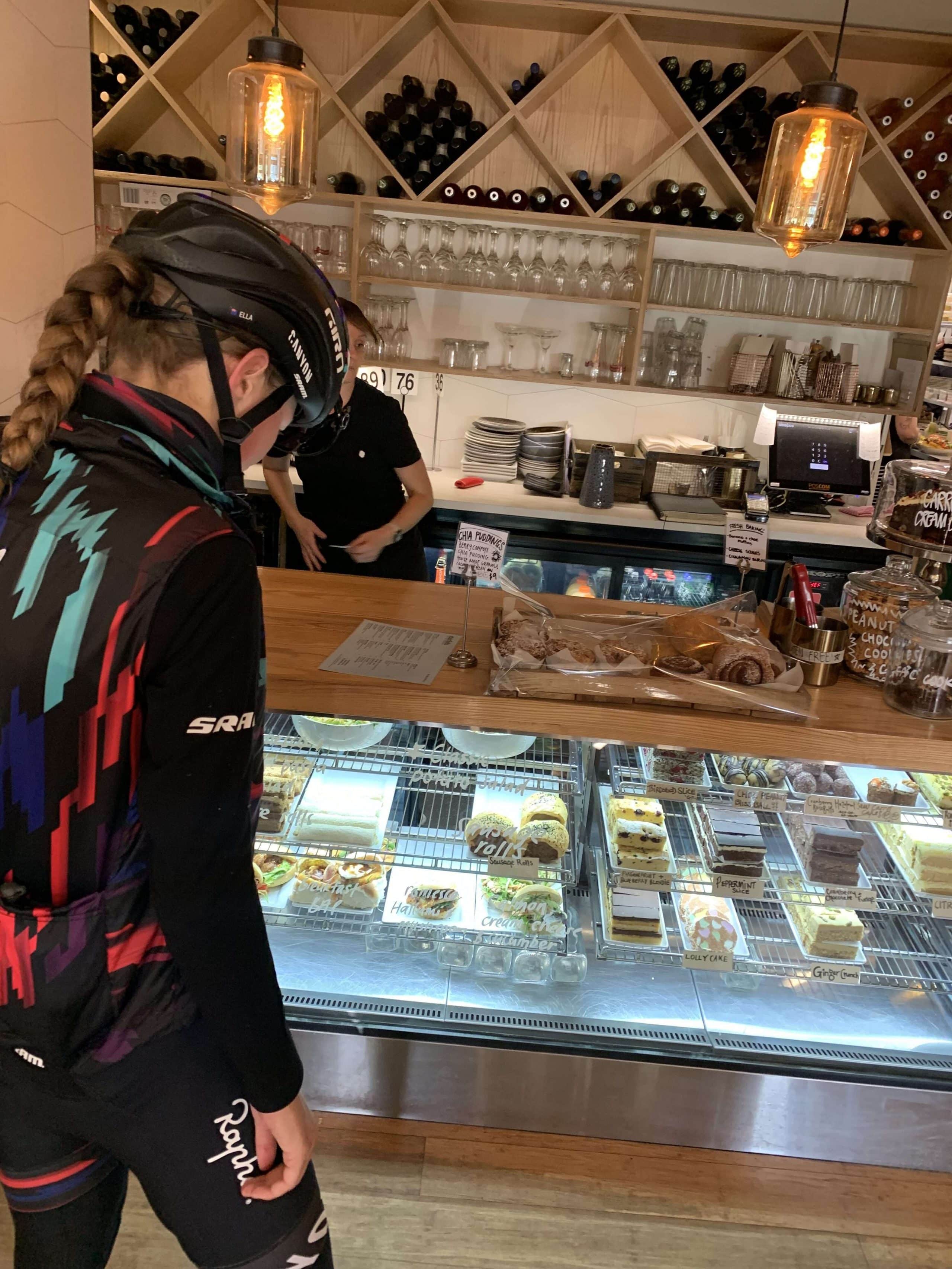 I’m not vegan nor am I even vegetarian, but more often that not I will forgo a meat option and instead have tofu as my protein source for dinner. It’s inexpensive, packed with protein, calcium and iron as well as numerous other nutrients, and is very versatile. You can fry it with seasonings and vegetables before serving with carbs and salad, use it in stir-fries, scramble it as an alternative to egg, blend it into a sauce or even use in smoothies for a richer, creamier texture. Tofu can often be disregarded by many due to the unusual texture and lack of taste, and while it seems pretty bland in a raw state it absorbs flavours very well and has a wide variety of uses.

The humble banana is a classic choice and a real crowd favourite that can make a great addition to breakfast, be a key ingredient in baking or slot nicely into the back pocket for a mid ride snack. I would consider them to be the number one cycling food, an excellent source of potassium and loaded with vitamin B6 while providing up to 30g of carbohydrates. They help to aid digestion, replenish the body with lost electrolytes during physical activity and top up energy stores, with the best part of all being that they even come in their own environmentally friendly packaging. I personally love to use them as the main ingredient in pancakes, mash them up and stir into my morning porridge to add sweetness and a few extra carbs, or a great tip I learnt from a fellow banana enthusiast is to fry them in coconut oil (and perhaps a little cinnamon) to really bring them to life. It goes without saying but you can’t beat banana bread either, especially for the ultimate mid ride snack. 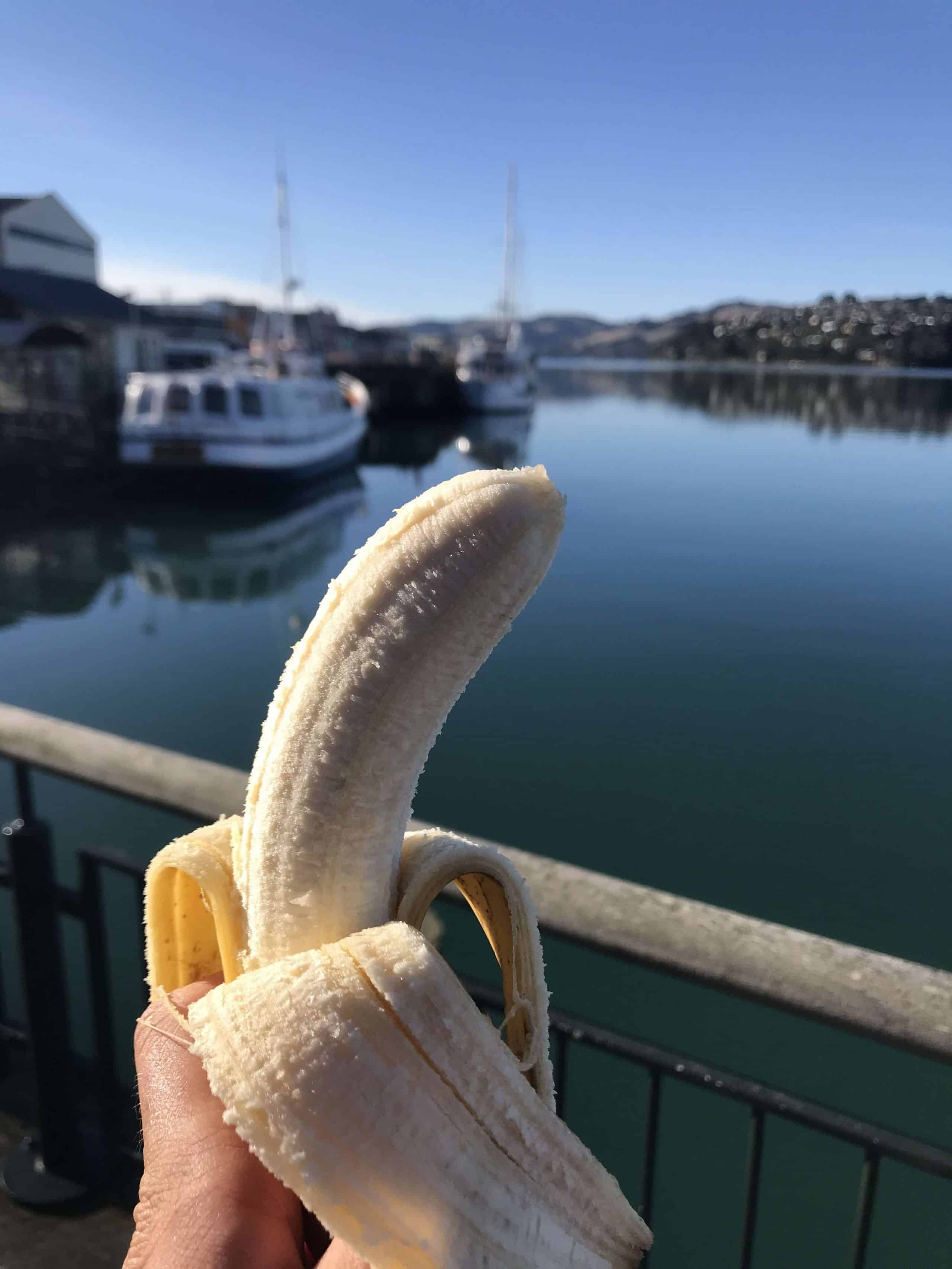 Now I will admit, cauliflower is a slightly odd choice for this list and isn’t the first vegetable most people gravitate towards while doing their grocery shopping, but it’s been becoming quite the trendy option in recent years. It isn’t exactly a commonly promoted vegetable in terms of its benefits and uses, but it’s considered to have a nutrient rich content with high fibre levels as well as potassium, vitamins B, C and strong concentrations of antioxidants. The cruciferous family, to which the cauliflower along with the likes of broccoli and kale belong, all have a particularly high abundance of nutrients even compared with other vegetables, but in fairness all vegetables are good vegetables when it comes to packing in the vitamins and minerals. The range of uses for cauliflower are enormous; it is so incredibly versatile, a great low carb option and has only 25 calories per cup. It can simply be cut into florets before being steamed or roasted and eaten by itself or incorporated into dishes such as curry and soup. It also makes for a fabulous grain substitute when blitzed into a ‘rice’, and from this form can be made into many different meals such as fried rice, a cauliflower pizza crust, fritters, mashed cauliflower, hummus and even bagels. When I’ve had a light training day and I’m not feeling in need of quite so many carbs, I’ll often opt for a big bowl of cauli fried rice full of veges and topped with tofu.

Oats are industry standard when it comes to cycling and a very popular choice for creating a filling and satisfying breakfast. They have a high carbohydrate rating and are an excellent source of both fibre and protein also. They are low on the glycemic index, meaning that the body will digest them slowly creating a regular and constant release of energy. A day doesn’t pass where I don’t have some form of oats incorporated into my day; nine times out of ten being a hearty bowl of porridge paired with a quality coffee in the morning. In fact, the last time I didn’t have porridge at all during a day was four weeks ago in hospital after I broke my collarbone for the second time in two months, but that’s a story for another time. Porridge can be prepared in many different ways from cooked to soaked or even baked, and can be livened up with endless flavour combinations and toppings both savoury and sweet. Having a mixture of different foods incorporated into your porridge such as peanut butter, a variety of nuts/ seeds and a fruit or vegetable component can tick many nutrient boxes, and the addition of protein as well as fats will increase the sustenance and satisfaction levels. I am a big fan of cooking mixed berries into my oats for flavour and sweetness, or adding grated courgette to increase the volume without many extra calories. A couple teaspoons of cacao powder can create a rich, chocolatey porridge, and even adding a beaten egg into cooking oats is perfect for producing a creamy texture while getting in a little extra protein.

There isn’t a day that passes where I don’t have at least one generous serving of peanut butter, or any nut butter for that matter. Although rather calorie dense and probably not the best to eat straight from the jar (like I often do), nut butters are a fantastic source of protein and healthy fats which mean they are satiating and satisfying, can be spread on just about anything (probably debatable), and when paired with carbs can create a balanced meal to fuel endurance activities and make one feel fuller for longer. I always, without fail, have peanut butter on my porridge in the mornings. I just can’t bring myself to not swirl it on there, and I really feel as if it completes the breakfast from both a taste and a satisfaction perspective.

Different nuts and seeds offer an array of nutrients such as protein, healthy fats, fibres, vitamins and minerals, so I like to have many types on hand to mix together and gain all the benefits that each offer. They can be easily incorporated into the diet through sprinkling them onto salads or porridge, using them in smoothies or homemade muesli/ granola. I’m also a big fan of using them in baking, you can’t beat a tasty seed bread! Not only do they all offer slightly varying nutritional values, but they add a lovely texture and flavour to meals. Although they do provide significant benefits, they are also quite energy dense so it’s good to be wary of the calorie intake by consuming too many! My favourite seeds would have to be chia, pumpkin and sunflower, along with almonds, pistachios and cashew nuts. Chia seeds are particularly great as not only do they provide substantial amounts of omega 3 fatty acids, fibre and essential minerals, they are very easy to add into everyday eating. The reason I like them is that they have the ability to absorb up to 12 times their volume, so can be formed into a gel with water or milk which can then be used as an egg replacement or simply eaten by themselves as a pudding style dish. I really like to use chia seeds as part of my breakfast, whether it be mixed in with oats or just by themselves along with berries, yoghurt and other condiments such as maple syrup to give flavour. 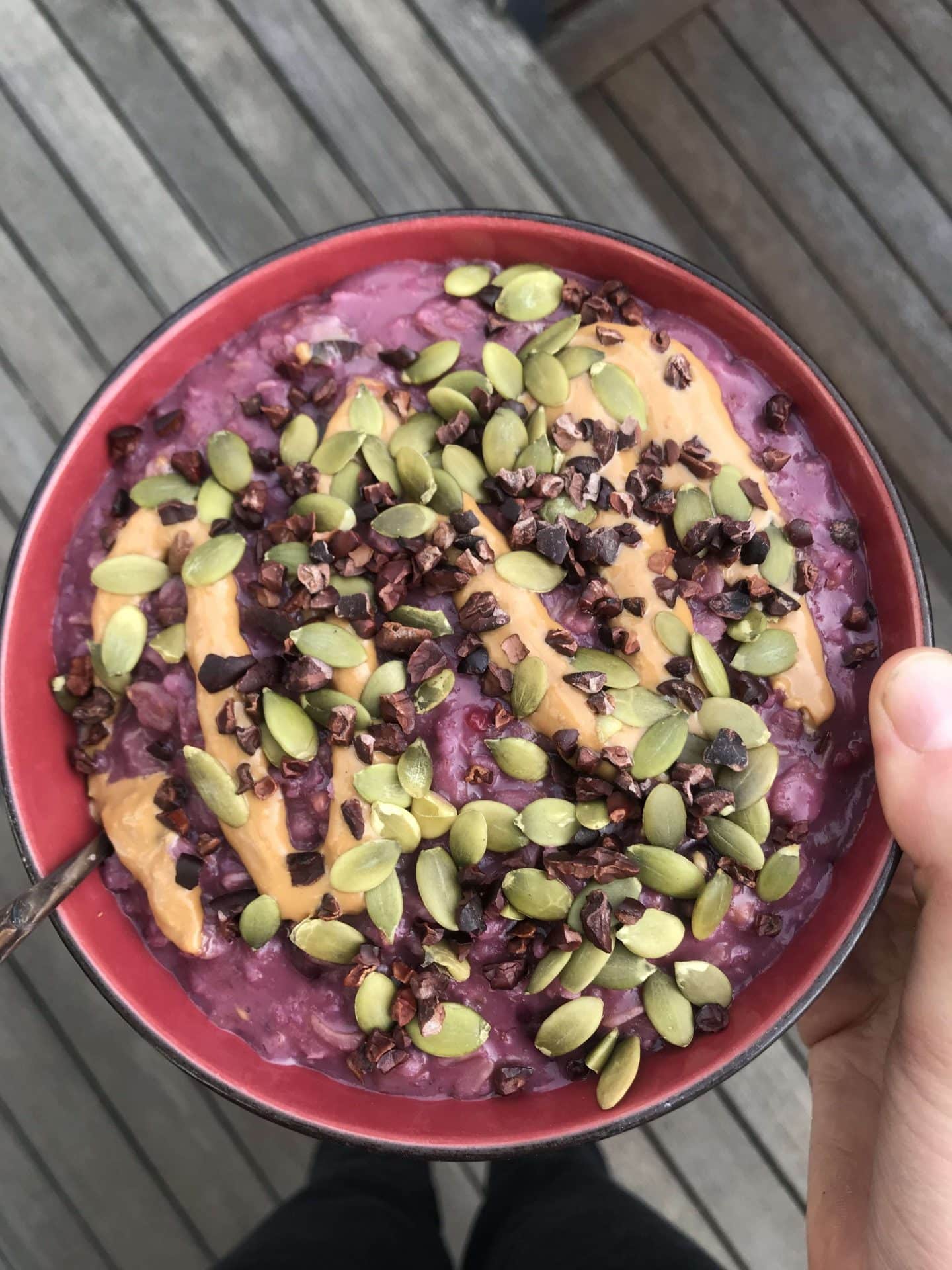 Okay, so this final item isn’t exactly a sole food as such, but rather a category which I regularly dive into whether it be through my own creations or by sampling the fine delicacies on offer at the cafe. I really enjoy a solid piece of baking – cake, slice or muffin, I’m open to anything and will not think twice about indulging if I feel I deserve a treat or require a little morale booster. While at home, Sunday is bunch ride day where I love nothing more than to spin for a couple hours with other local riders before the standard cafe stop for some yarns, a coffee and obviously a selected treat from the baking cabinet. I don’t think there are too many nutritional benefits that I can rattle off here, but you can’t put a price on mental health and keeping a little balance in the diet. Compared to New Zealand stores, it’s quite difficult to find decent baked goods in Spain other than pastries and bread, so I certainly make up for lost time when at home!

I think that’s enough from me now, but honorable mentions go to kumara (or sweet potato), cacao nibs, jackfruit, chickpea flour and quinoa which I suggest you all give a try if you haven’t already! Unfortunately, I have to tone back the food experimenting and variety when I returned to Girona in mid-July, where ingredients are just a little more difficult to source. I’m in Boulder at the moment for a couple weeks of altitude training, with my next race being Colorado Classic from the 22-25th of August.

I will be back in September with another update, but until then you can find me on Instagram @elllaharrris.