After a fantastic career spanning nine seasons, Boels Dolmans rider Megan Guarnier today announces her retirement from professional cycling.  The multiple American National Champion, Olympian, UCI World Tour winner has decided to call an end to a career that, in her own words, was “beyond her wildest dreams” in terms of achievement. 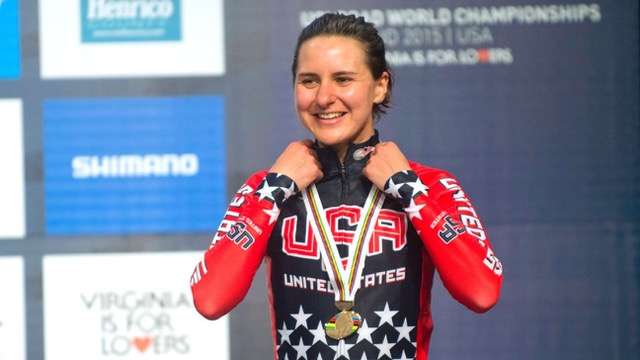 As our first Voxwomen Road Rider of the Year, Megan has been a close friend and supporter of Voxwomen, so we chatted to her ahead of today’s announcement to reflect on her career and find out what has prompted her to retire now, two years ahead of the next Olympics.  Here’s what she had to say;

Megan, today you announce your retirement from professional cycling, why now?

I’ll start by saying: I have achieved more in my cycling career than I thought I would in my wildest dreams!  I wanted to continue after Rio, so I re-signed with Boels Dolmans for two more years with an option to retire at the end of 2017.  After my early season concussion in 2017, I decided to continue for one more year. I thought it would be worthwhile to complete an entire season knowing that it would be my last opportunity to race each race then I broke my jaw at the Bergen World Championships. This was an extremely difficult injury to come back from, however I have found my motivation and I am happy to have had the entire season to bring closure to my career. 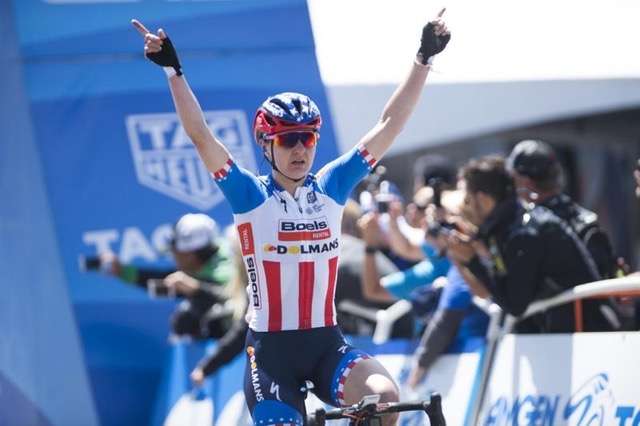 What has prompted your retirement when we are so close to Tokyo?

It is really hard to be away from my husband Billy, and my family… I have noticed that the balance of the fun factor versus risk factor and the sacrifice versus reward have started to point me in the direction of retiring. I am 33 years old, I’d like to start a family sometime soon as well as go back to school.  Mostly immediately, I want a dog.  This sounds super geeky, but I really love learning. After getting my Bachelors Degree in Neuroscience, I planned on taking only a year off for cycling and now I have completed 10 years.  I am under no illusions, it’s going to be really tough to get back into academia. I know that I will greatly miss cycling, for the last 10+ years I have woken up with a plan. I always had a plan, outlined in a workout , even if that meant no workout!.  But there has always been a plan.  On Sunday 30th September, the day after the World Championships, I will wake up with no coach to be accountable to, no plan.  It’s just as well I am flying home that day, so I will need to follow some schedule!  I love the sport, I love my team but it’s time to call it a day.

Your coach Corey Hart has been a huge influence on your career?

The man is a genius!  I met him at a USA Cycling Talent ID Camp in 2007.  In 2008, I did my first European Campaign with USA Cycling.  I didn’t finish a single race.  It was demoralising, I was suffering, I was getting dropped. After that experience, I decided, “I want to be one of those women at the front animating the race. I want to be the one making everyone suffer.”  Someone suggested Corey as a possible coach.  It was a huge risk on his part!  I was a young pup who had a lot to learn about the sport!  He took me from being a rider who did not finish a race to the winner of the World Tour!  I mean it when I say he is a genius.  I learn something every time I talk to him.  He has stuck by me.  He has helped me develop gradually with a long-term plan.   And what we achieved together has been incredible.

Have there been other influential people in your career?

The biggest influence has been my family.  They had no idea about bike racing and have provided such a strong support system.  Without them I couldn’t have done it.

And Danny Stam.  I thought my role in cycling was to be a domestique and that’s how I would spend my career.  He saw me at Rabobank and changed the trajectory of my career.  I never thought of myself as a leader. He saw it in me and helped me become the rider I am now.  When I came into Boels Dolmans, I always wanted to know every single detail.  I read the road book cover to cover, trying to learn everything about a race.  Danny took a very different approach and helped me to relax about the details. He also reminded me to celebrate achievement.  So often in this sport you don’t stop to appreciate a win, you move on the next day to train or to look towards the next goal race.  In a sport where wins can be rare, when you finally do achieve them, it is really important to soak in that moment. 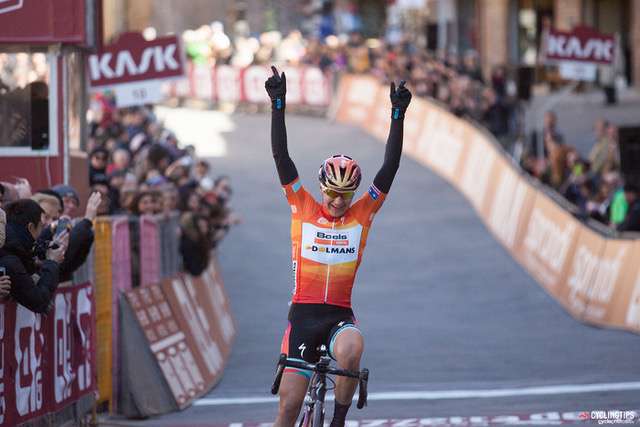 When you look back now at your career, what are the moments that standout?

I won the UCI World Tour, I won the Giro Rosa, and I went to the Olympics!  That’s amazing.  I am so satisfied.  When I look back I have some proud moments in my mind. The Richmond World Championships for example.  While I didn’t win, I got a bronze medal in the USA in front of my family.  It was the first time an American had been on the podium for over 20 years.  That was so special.  I was the first American to win a World Tour and be ranked #1 in the World. I can be really proud of that legacy.

Winning National titles was special too.  The first one was a surprise.  I was thought, “Wow that was cool!” But in the back of my mind, I thought maybe it was a fluke.  Then I won again, and I thought, “Maybe we are on to something here”.  Then I repeated it, and that just continued to solidify my confidence in my ability!

The breakthrough moment in my career was winning Strade Bianche.  It was my first single-day win in Europe. It was a beautiful moment after fighting so hard in Europe for so long to win Strade Bianche.

And I also need to mention the Giro, that’s such a beautiful, challenging race.  And wearing the pink jersey is something really special.  One of my favorite countries to race in is Italy; I love the terrain, the landscape, the passionate people, and, of course, the food.

Looking back, I am proud of what I achieve, however, there are definitely goals that evolved in my career that I didn’t quite succeed in.  One race that I always had my eye on was Flèche Wallone.  I got close, but I never did win the “plate” (the trophy they give to the Fleche Wallone winner).

Do you think we will see you involved in the sport?

Currently, I do not have any plan for staying in the sport but never say never!  For me, being at home now with my family, with Billy, is the most important thing.  He has a great career in California so that is where home base will be.  I would love to help women develop; to help them be the best they can be and maybe some of my story will inspire them. It would be an honour to help lower the barrier for American women hoping to make the transition to European racing. But at the moment I don’t have a plan to stay in the sport.  Mostly, it’s time to take a step back from a really intense decade.

And the Innsbruck World Championships is your final race?

First, I am racing Tour of Holland with Boels Dolmans.  Then I will have a few weeks to prepare for my final race in Innsbruck.

In my own way, I have been saying goodbye to cycling all season.  I have been getting closure by knowing every time I line up at the start, this will be my final time at that specific race.  I think I am lucky in that respect, having a season to reflect and appreciate on my career and what I love about the sport. But the Innsbruck World Championships will be the final day of racing for me.  Emotionally I am sure it will be difficult but I can look back on my career and be satisfied.

She has been an exciting rider to watch.  An inspiration. We know fans love her as she was voted the Voxwomen Road Rider of the Year in 2016.  We will miss

Megan in the peloton but we wish her all the best for her future.