Christine Majerus – RVV Hangovers and the inside scoop on HAT

As I start writing this blog, I am suffering a serious RVV hangover.

It will probably take me some time to get over it, just as it will take our mechanic several hours to get our bikes back to business after yet another epic day on the road of hell.

Ronde van Vlaanderen has always been one of my favourite races. I can officially declare that those trying to tell you they have never dreamed of winning this race are liars. In men’s cycling you have 5 monuments: Milano San-Remo, Ronde van Vlaanderen, Paris-Roubaix, Liège-Bastogne-Liège and Lombardia. Winning one of these is probably worth more than becoming Olympic Champion or the World Championships, no matter if you are a man or a woman. As only 2 out of these 5 are on the women’s calendar, the 2 that are obviously have big importance.

How can you tell that it is probably the most important race on the calendar for Boels Dolmans? It is the only race where we are exactly on time to the start area (usually we’re always late) and it’s the only race that we recon during the days before. Our favourite races like this have the privilege of being known by heart; I don’t need bar tape covering my entire stem, or entire top tube for some, I can literally dream it and so do my teammates. 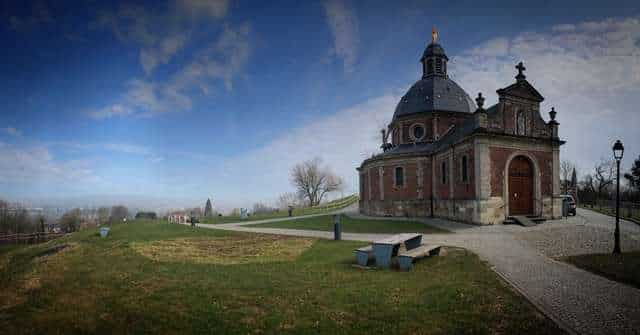 Picture: The picture that proved the recon really happened.

Winning Strade Bianche, Drenthe and being on the podium at Binda and De Panne is ACE but it probably wouldn’t make up for things if we completely missed our target at RVV.

If, and I hope, you were one of the many TV spectators, or one of the supporters along the course you probably know by now that we drove home as one happy team. Anna took the win solo and Amy took over the UCIWWT jersey. Needless to say that it seems like having your name starting with an ‘A’ looks like a good sign this spring. 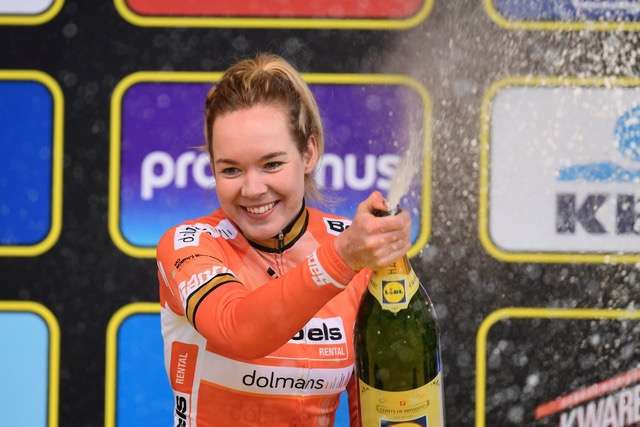 We have got a lot of positive feedback from the live broadcasting (yes it is finally happening) and it is highly rewarding for us riders to finally be able to share our races with you. Everyone seems to be happy; riders, sponsors and spectators. These are reasons enough for other races to follow the same path and for the men’s-only races to seriously re-think their future plans.

As there is no Paris-Roubaix to prepare for, the women’s peloton instead moves on to something…different.

**Attention: The following lines should be read with a hugh sense of humor. Not everything should be taken at face value.**

If you ever dreamed of visiting the very North of the Netherlands then the Healthy Ageing Tour, should be on your schedule.

The spring has been epic weather-wise. We went from racing with lows of –8 degrees, to races that were threatened of being cancelled due to ice and snow, to finally the weather during the last races probably being ordered by the clothing companies to make us test their newest rain jackets. If after this first month racing you are still healthy and motivated you proved to your team leaders that you have all the qualities needed to travel North.

If the style of racing doesn’t surprise any of you; cold, flat, windy on small, twisty roads, which is just business as usual for races over latitude 51, it is more the accommodation that makes this race special. 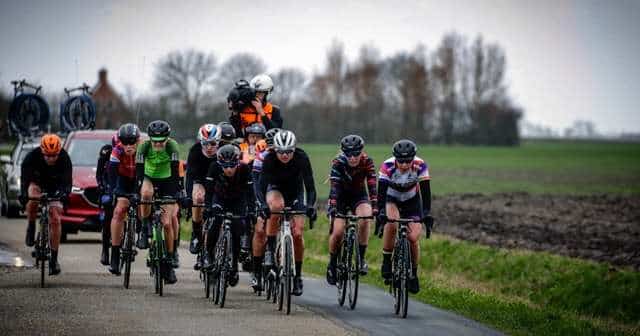 Forget the hotel (fancy or not) the rules are different in the country of the caravans. The entire peloton eats, sleeps, repeats in a holiday park where each team owns their own little house for a week.

Maybe more important than the race itself is the race for best room. Our potential race leader often gets the nicest room, the big bedroom, just to make sure she gets the best recovery and to avoid the “falling out of the bunkbed” accident.

The dinner hall has no reason to envy the dinner hall of any Olympic games. We all share the same time schedule and place. We even got a nice upgrade this year: the smoothie. But no marginal gains are to be expected food wise, we are all treated equally. 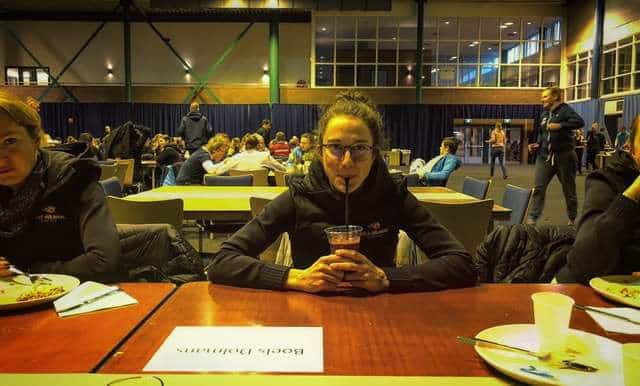 The effort to get your food isn’t equal for everyone though. The park is a no-car zone so there is no choice but to walk. If my estimations are correct I walked 8.5 kilometres to dinner by the end of the week. That’s around 3 kilometres more than the house closest to the food hall. Every year I think of bringing my Kickboard and every year… I forget. 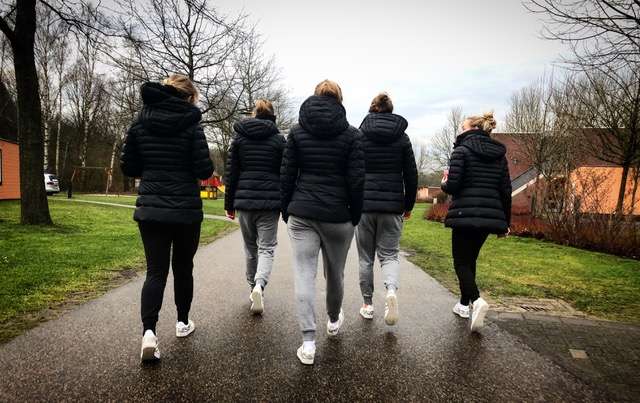 Despite the holiday feeling the HAT is one of the most respected race of its category. Not only it is a high level organization and riders reward this every year with exciting race scenarios, but it also offers online broadcasting. And maybe the most important part of this race is that it has already for several years included a Junior Nation Cup and for the first time this year, a para-cycling event.

That’s it for my first show up here. I’m open to any feedback (as long as I like them;)) on Twitter or you can always send a owl.

Another holy week is just waiting: Amstel, Flèche and LBL. I will only be racing LBL but hope you will enjoy following the other races as well! Read my next blog next month!