London Nootropics was a supporter of Voxwomen’s Big Day Out in June. After that event, several of our participants had fantastic things to say about their adaptogenic coffee, so we thought it was time to give you all some more details about this line of products.

For thousands of years, people have been using plants, mushrooms and other natural substances to improve physical performance, enhance brain health and adapt to various physical, mental and emotional stressors.

London Nootropics co-founders Zain Peer and Shez Shaikh set about adding different natural ingredients to coffee to provide an extra boost. It’s well known that coffee can provide a quick pick me up, but with it being easily absorbed in the body, it can also result in a crash. Adaptogens, however, can minimise caffeine’s side effects and thereby sustain energy levels for longer. London Nootropics offers several adaptogenic coffee blends, each with different tastes. 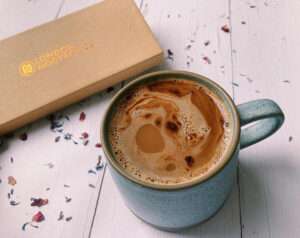 Siberian Ginseng, used for millenia in eastern cultures, increases blood flow and oxygenation of cells. Particularly after exercising in the gym or riding your bike, ginseng boosts energy levels and helps to alleviate some of the fatigue that comes after a good workout. However, this product is not only good for muscular tiredness, but also relieves mental stress by calming your mind.

Cordyceps mushrooms are well known as a natural energy booster, increasing oxygen flow to muscles, making your body more resistant to fatigue, thereby allowing your body to go that extra mile. But that’s not the only advantage of this medicinal mushroom. It also possesses strong antioxidant and immune-boosting properties. And London Nootropics uses mushrooms of exceptional purity, a 10:1 fruiting body dual-extract of cordyceps with 0.379% cordycepin and 25.4% beta-glucans.

Rhodiola is an adaptogen known for its ability to help the body deal with stressors, and improve cognitive function and physical performance. It provides a natural way to increase your performance by boosting erythropoietin and thereby increasing red blood cell count and lowering oxidative damage. This helps delay muscle fatigue and support endurance, while giving a much-needed boost, so the duration of exercise can be extended without becoming overly exhausted. London Nootropics uses RhodioLife in their grind blend, a patented Rhodiola Rosea extract which has been clinically studied in the areas of sports and cognitive health. All in all, Rhodiola is ideal as a natural remedy to help with physical performance and recovery from workouts without any of the nasties. 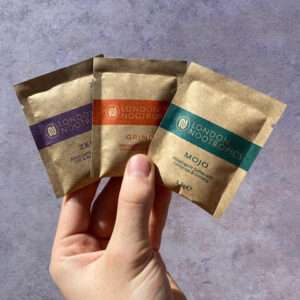 Whatever type of exercise you undertake, London Nootropics’ adaptogen coffee can supercharge your morning, boost your energy levels naturally during exercise, and also help you with recovery, while sustaining your stamina throughout the day.

And some extra good news is that by using the code vox, you can enjoy a complimentary taster pack.*

Thank you for visiting Voxwomen. Our aim is to support and develop women’s cycling. If you liked what you just read, please consider making a small donation. If this is a blog your donation will be split 50/50 between the rider that wrote the blog and Voxwomen to create more content. Thank you for being part of the journey and supporting the sport.