Life as a pro cyclist is sometimes excitingly unpredictable.

Life as a pro cyclist is sometimes excitingly unpredictable.
I was called up to race a 3 day stage race in Luxembourg where I was pleased to feel back to my usual self again, after a bit of illness, and at the front of the race.
Expecting to fly home that evening as we usually do after races, I was told I’d be racing in Switzerland the following week. So I stayed and trained in beautiful Switzerland, which is definitely one of my favourite places; awesome mountains, crystal clear lakes, forests, clean streets and basically everything in order. 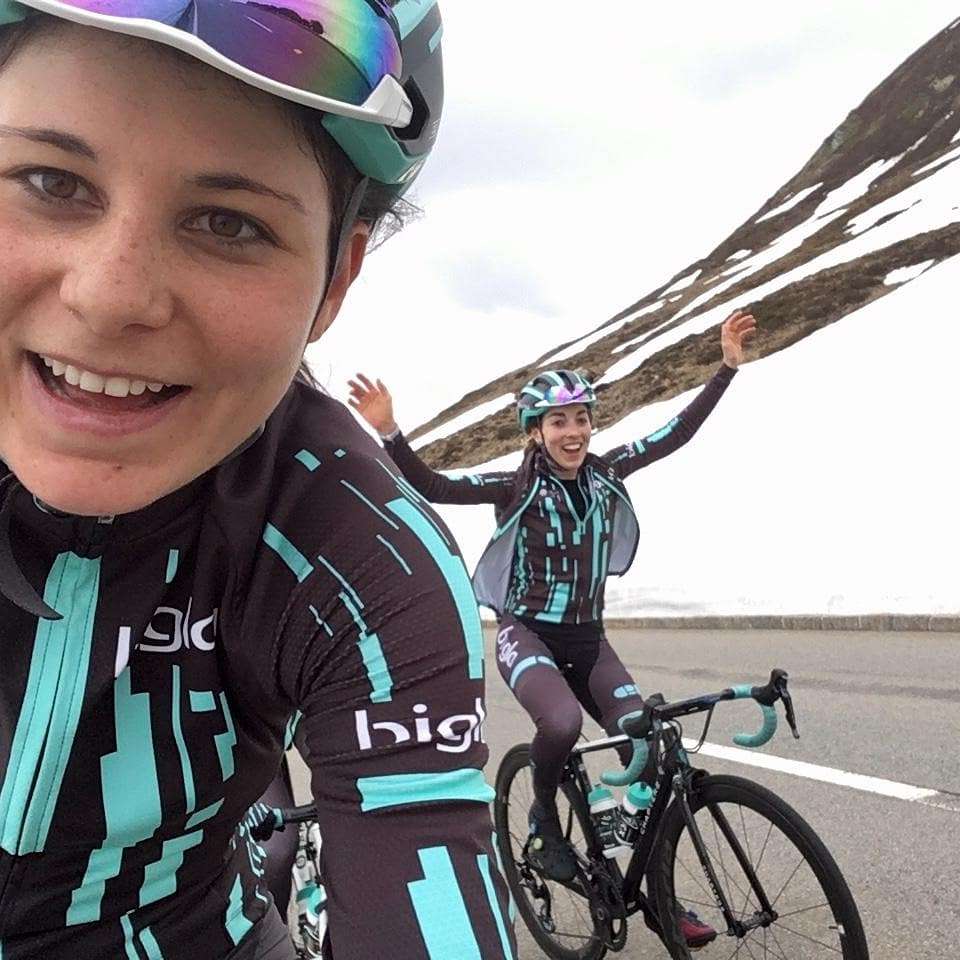 After the Swiss race, I was looking at flights home but one of my teammates crashed in the previous race so I was quickly put on the start list for a 5 day stage race in the Basque country – Emakumeen Bira – part of the Women’s World Tour series.
This was a great race where I was fighting against some of the World’s best riders for the QOM jersey and I also got the opportunity to lead the team which was a great experience as I’ve never been the team leader on the radio before so it made me extra alert and wanting to guide my teammates through the race, therefore feeling and working well as a unit. 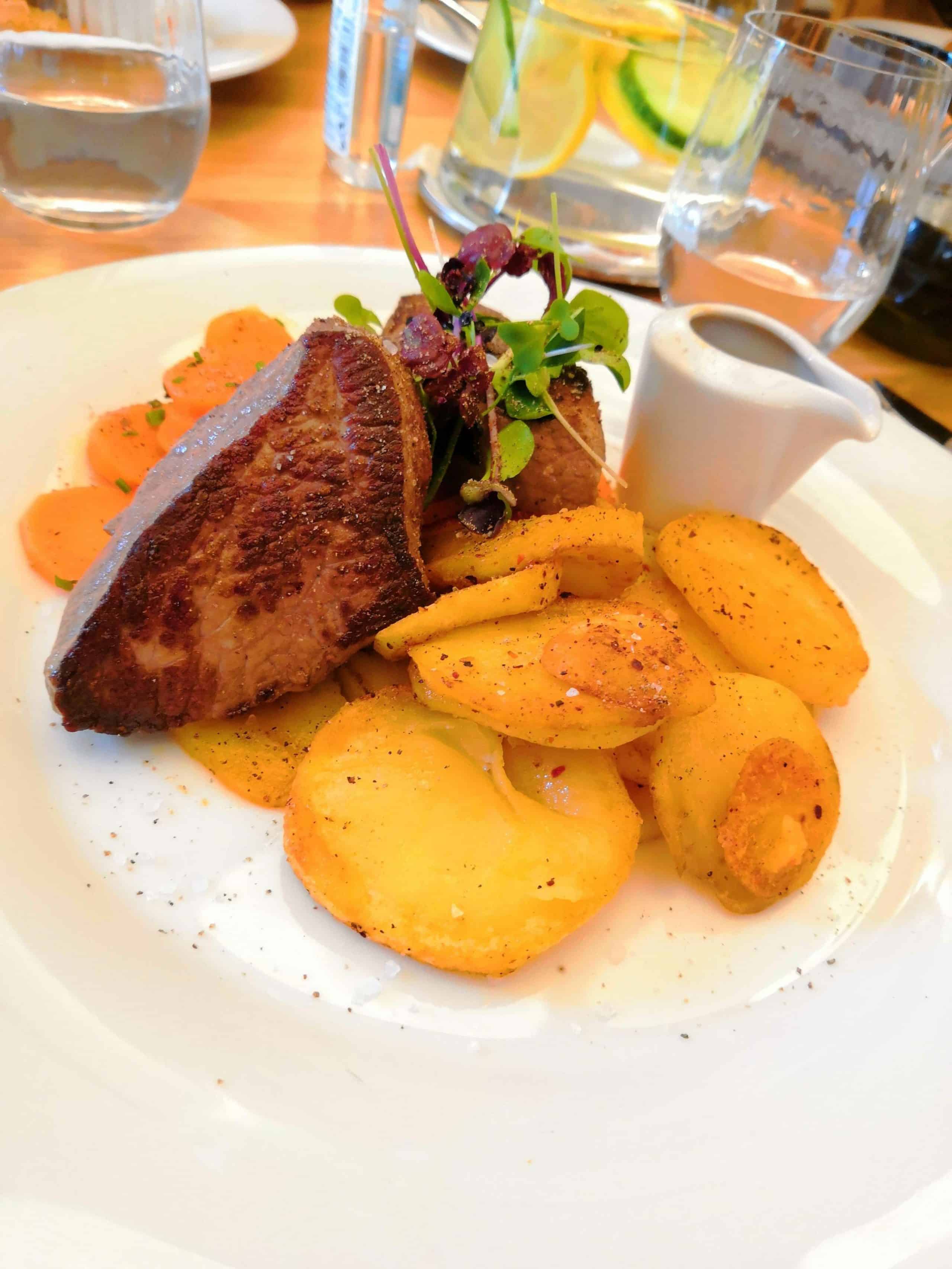 Again, hopefully you can see a pattern occurring here… I expected to be flying home, but we flew straight to Switzerland that evening after the race, arrived in the early hours of the morning and then raced that morning! Haha! Pretty full on, but it was a good race to compete in as our title sponsors were there watching so we wanted to put on a good show! Which we did as Bigla got a 1-2!
Following this race we headed to one of the teams partners-Andermatt- which is a ski resort 2000m high in the Swiss Alps, for a team photoshoot. ‘Cuuuuttt’ pause the photoshoot, cue; adorable puppy labrador photobombing the scene. I couldn’t resist but the pause the posing and pet the puppy instead! Can you tell I’m a dog lover!? Hehe, cute. 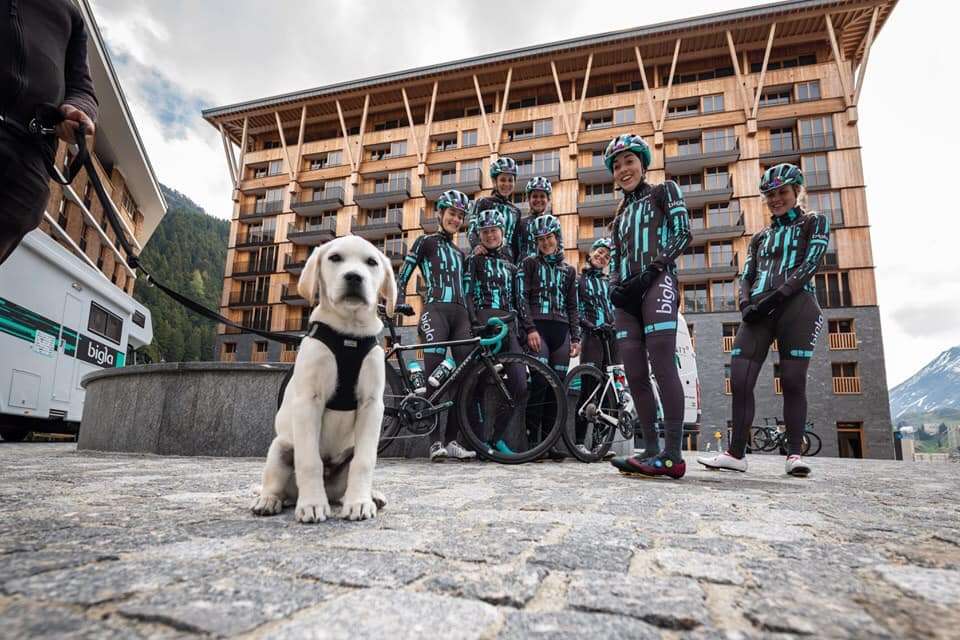 Our short stay in Andermatt was a very enjoyable experience; we stayed in huge luxury apartments, ate yummy food, relaxed in the wonderful spa area and of course got to ride in the overwhelmingly beautiful snow capped mountains! Pretty cool team partner to have!! 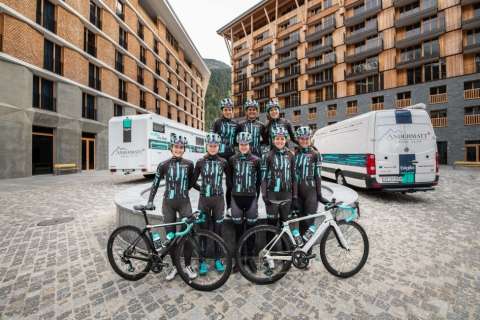 The next morning I went for a useful visit to the Kross Clinic in Basel, who are also one of our sponsors, as I’d been experiencing some knee issues. The physio actually discovered I have one leg longer than the other! Consequently causing my upper back to be tight, which could be causing the knee issue. I find it really interesting the way the human body works, and how everything is interlinked. The physio did some major cracking on my back and neck which was a little scary when he suddenly twisted my body around as I thought I would snap! But I knew I was in safe hands-literally. And, who doesn’t love a good back crack!!? 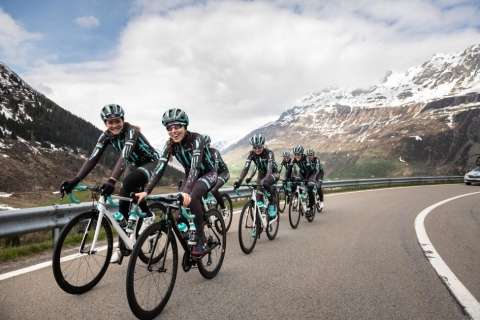 Going back to the beginning of this blog where I’d planned to be away for a 3 day race, I ended up travelling to France after the Kross clinic for another few races including a stage race at the end-which I’ll talk about in my next blog.
So, as you can see from my personal  example, life as a pro racer is sometimes unpredictable and you don’t know exactly when and where in the world you’ll be throughout the racing calendar.
It’s quite exciting going away with a small suitcase for 3 days… but actually living out of it for over a month! Well, I say exciting, but having a larger suitcase would’ve made life a bit easier 😅
In my next blog I’m going to talk about the final race of my block away and how it started great, but ended with a break.
Thanks for reading, Sophie Wright. 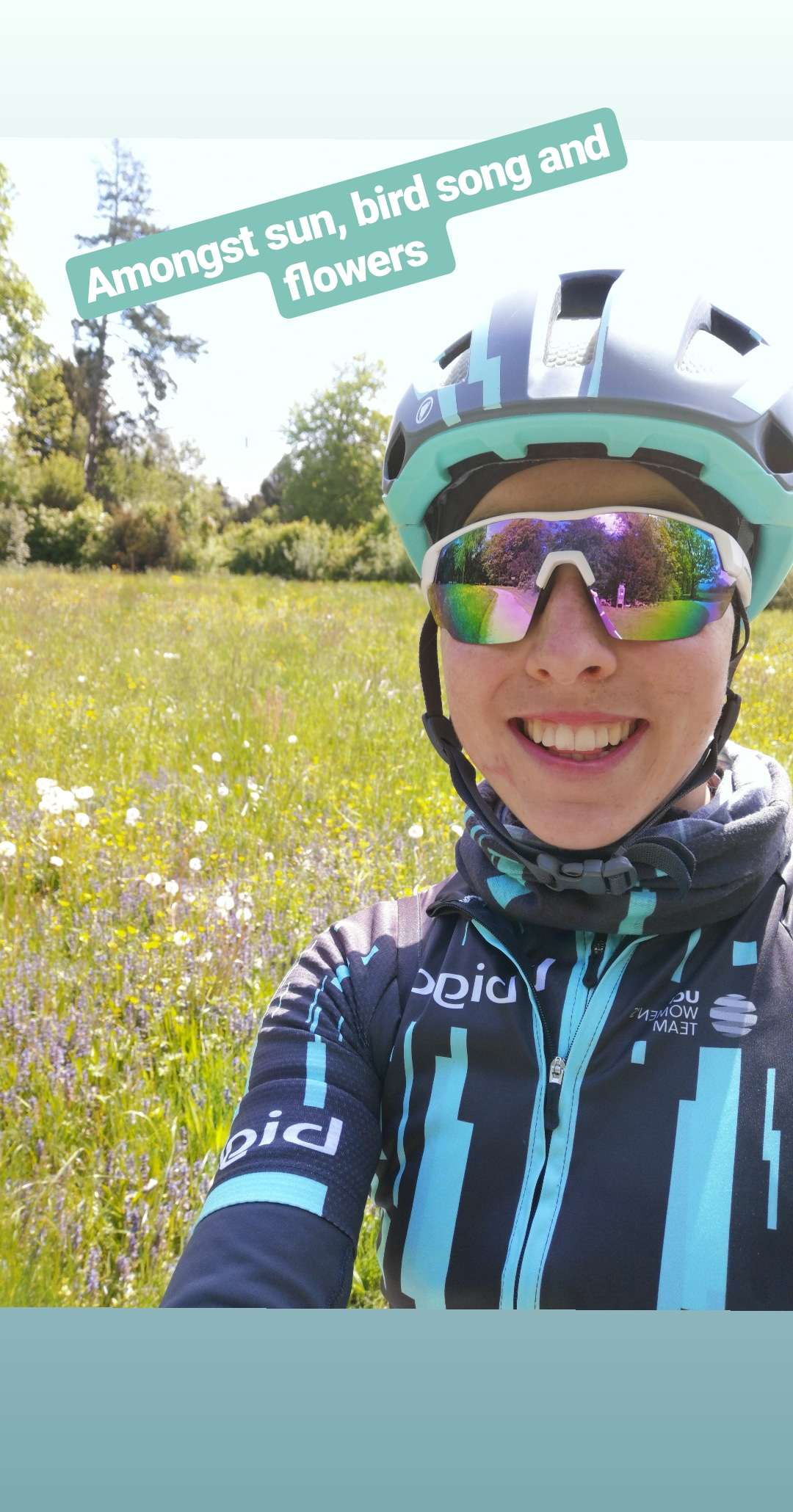