“I am nervous, I am excited, I am ready to suffer”

My name is Louise. This picture is me 30 years ago, in July in France on my bike. In fact, this picture was taken in 1989 – that was the last year there was a women’s Tour de France.

Then something happened over the next decade of my life. Change. Massive change. The positive changes were I had another baby and I bought a bike to get some of my pre-baby fitness back. I’d been recommended to start cycling after repeated running injuries. The not-so-positive changes were the breakdown of my marriage and the dark days of some mental health issues.

It was at this point I threw myself into my cycling. I was a bit angry , but it made me train hard. I was also often in a rush between school drop offs, but it made me ride fast. I have never looked back. I have got my life back. I’m independent, I’m happy and I’m a great Mum again. I’ve got time for myself and time for my children. I trained alone a lot and finally got enough courage to join a local cycling club. Since making lots of cycling friends I started entering races and events. I’ve truly loved the last couple of years, all the places I’ve been on my bike and all the friends I’ve made. The cycling community really is fantastic. Last year was my proudest moment when I got to represent Great Britain at the Gran Fondo World Championships in Italy.

About a month after that, I heard that the amazing French team Donnons des Elles au Velo were inviting people to join for their next summer’s project. I jumped at the chance but was truly heartbroken to find out they were keeping it French-only this year. Thankfully all was not lost and I received an email a couple of weeks later about the possibility of forming an international team. I did everything I could to make this happen. I didn’t care what it took, I was in. I brought a few of my friends in with me too. We were going to do this. This was our chance to make some changes in this massively unequal world of women’s cycling.

And now, here we are. Five months after signing up for this huge challenge, we are three days away from riding all 21 stages of this year’s Tour de France a day ahead of the professional men. I am nervous, I’m excited, I just can’t wait.

My training has been spot on. I have a coach and I have stuck to my training religiously, it’s the only way I will get through July without seriously suffering. I think I will still suffer but it’s for a good cause. We are showing the world what women are capable of. Enough is enough. Women deserve the same opportunities as men. There should be a multi stage race in France for women, women’s races should get better coverage, prize money should be the same, the sexist advertising needs to stop and don’t get me started on podium girls! Women’s sport is fantastic, it’s exciting and it’s massively underrated.

So if you tell 41-year-old Lou she’s going to ride the whole Tour de France she’ll say, YOU BET I AM AND I CAN’T BLOODY WAIT!!! 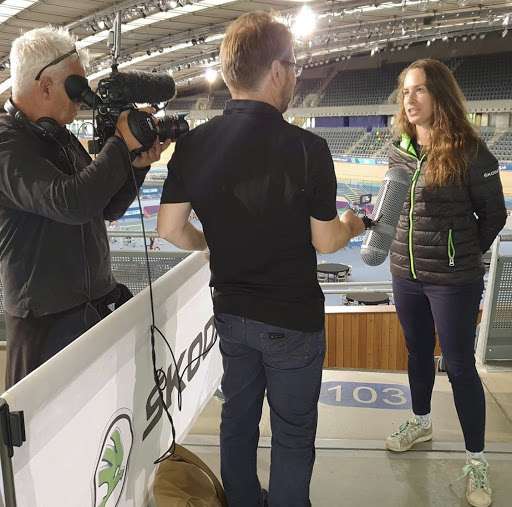