Does it all make sense?

Most of these blogs try to tell you how great it is to be a professional bike rider. How fun it is to be on the road for most of the year. How much we like the feeling of speed and freedom while riding our bike. On how much all this can inspire everyone of you to get on a bike even if it is only for riding to the bakery.

The cycling world lost yet another of his members this week, Bjorg Lambrecht. Cycling lost a bright star, his family and friends lost a beloved kid. Riding away, doing what he loved most, doesn’t make it any easier to accept. Quotes out of books are only nice when they don’t come along with dramatic consequences.

I didn’t know Bjorg. I only knew him like most of you reading this blog. I saw him on TV. He looked funny. He was tiny and had a funny way riding his bike. He was also impressive on the climbs. I remember asking myself who that kid was that just finished 4th on the mur, googling his name and telling myself that he might potentially be able to win this race in the future.

And it is on days like Monday, that everything you are doing day in day out, on and off the bike becomes utterly meaningless. Of course misfortune can happen to everyone, everywhere, but very clearly riding your bike doesn’t seem like a good option if you want to keep the risks at a lowest.

It certainly is all fun until it goes wrong.

They say crashing is part of the job, I say fuck them, it isn’t, it’s again just another quote out of the book which is funny as long as you don’t finish in hospital or worse. If you ever crashed hard on the bike you know it will follow you if not forever, for a very long time. You will never see or analyse situations the same way again. Ironically and out of experience you don’t even need to be affected personally by a crash the see your future reactions change. Seeing, hearing, feeling others pain is mostly enough to make you feel unsafe for a couple of rides.

But what I have come to realize over the past few years, is that, of course, crashing yourself hurts, but the uncertainty your family and friends are experiencing while waiting for news, is probably more painful and nerve-racking then any possible personal physical pain you could be in yourself.  We might be alone on our bike, but we aren’t the only one affected by how our journey goes. I don’t know a lot of jobs where at the end of your day you send messages to everyone to let them know you are fine and alive. That’s what I do after every race and I probably should start doing the same after every training ride, considering the amount of dangerous, frustrated and unconscious car drivers I have to share the road with every day.

2019 has been a rubbish year until know. I have seen and experienced way too much big crashes, crashes that needed to get the race neutralised because the race organizer were running out of ambulances. Two times this happened in races that weren’t broadcasted live. And twice the tweeter feed ended with #bigcrash #neutralization and then radio silence.

Imagine sitting at home trying to find out what happened but not having any news for several hours? I remember very clearly talking to Lizzie during the 45’ neutralization that day. We both hoped the race organisation would give as much info as possible so that people at home don’t have to worry or the opposite way around could worry and try to contact someone at the race. They didn’t. I wish they would understand that not knowing is worse then knowing and being able to react.

On days like Monday I ask myself if the worrying is all worth it, if it is fair towards my besties to make them feel like that every weekend just because I decided at one point the best thing I could do with my life was to race my bike as fast as possible no matter the conditions. 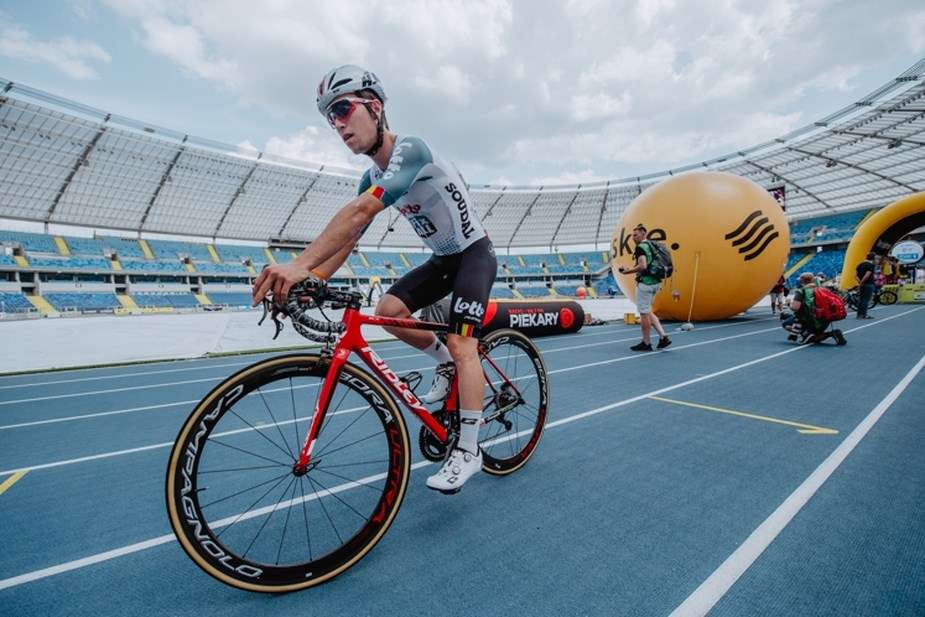 On days like Monday you realize how lucky you have been until now and that probably the smartest thing to do would just be to wave goodbye and get an office job.

But on days like Tuesday you sit on your bike again. Your mind might be running but your legs are turning, maybe a little bit slower and with less enthusiasm, but you are on your bike, moving forward.  The world keeps turning with one star more on its sky. And even if every cyclist had the same thoughts then I had, none of us finally decided to sign for the office job. I guess we all love cycling too much and are all really good at convincing ourselves that everything will be alright. But also on the other hand leaving and just ignoring existing problems won’t take them away for those who decided to stay. Maybe the only way of improving things and to show respect to those that left us too early is to, while in the system, try to change the system.

Rider security should be the highest priority for everyone. Of course we are talking about security during the race. How safe are the laps actually we are racing on? Does it really need to be longer, fast, more spectacular? How trustful are the cars, motorbikes riding along us during the race? Are they experienced enough or is it their first time? Sometimes I do seriously ask myself the question. I wish the race jury would put more importance checking all those kind of things then checking my sock heights.

We are talking also about communication between the riders. During the recent BeneTour I was literally shocked about how many riders actually don’t notify dangerous points on the lap. I don’t ask you to open up gaps for me in the final but showing poteholes, upcoming narrowings or stranded bottles won’t take you any energy or UCI points away, but it might just save someone’s life! It should just be an automatic behavior. Very obviously it isn’t, which is pretty sad and disrespectful.

Rider security doesn’t stop once we crossed the finish line. Rider’s health in general is also part of the game. Why not extend the use of the biological passport? Why should it only help to find out if someone is cheating or not? Can’t we also use it to see if an athlete is putting its health in danger in a different way then by taking drugs? Weight variations or low bone density, especially for female athletes, should be monitored on a regular basic. They should sometimes be reason enough to take an athlete out of the competition system and most important offer him help.

On days like today, I can only hope that Monday’s tragic event will be at least an eye-opener to everyone. We might not have the most dangerous job in the world but it also isn’t the safest neither.

But we can help make it a bit safer by doing our part of the job and we can only cross fingers that fortune will do the rest.

I would like to express, and I think I can talk for everyone in the women peloton, my sincere condolences to Bjorg’s family, friends, team, as well as to everyone that knew and loved him.