Usually I write about my current life as a neo pro. This time I would like to address a topic that affects every cyclists: Either amateur, pro, weekend cyclists or a commuter. My teammate Elena already wrote a blog in Spring about the same subject. In the last few weeks I got the feeling that this issue should be discussed way more often or even constantly until things change.
This is about road safety and mutual consideration in road traffic.

A few weeks ago I read an article stating that “every 23 hours a cyclist dies on German streets. Every 37 minutes a cyclist gets seriously injured due to an accident. Every 8 minutes a cyclist is slightly injured” and I won’t lie, those numbers shocked me.
Even though I’m out on those streets every day and often disappointed about disrespectful behaviour from both sides, drivers and cyclists.
But those numbers showed me, that it’s not about being annoyed by traffic, disrespectful behaviour or a lively discussion about who’s right and who’s wrong. This is about people being killed. On their bike. Every single day.

In Winter I spend most of the time indoors and I almost forget how scared I’ve been riding outside during last summer after the death of Nicky Hayden, Julia Viellehner and Michele Scarponi in the period of only one month in Spring 2017 plus the growing problem of people driving and texting.

In 2018 I spend even more hours on my bike and I’ve ridden it in several countries so far during this season: In Spain, the USA, Australia, France, Belgium, Great Britain, the Netherlands…for there I am sure, it’s not only a problem on German streets. But that’s also why I’m sure that there are ways to do it better. 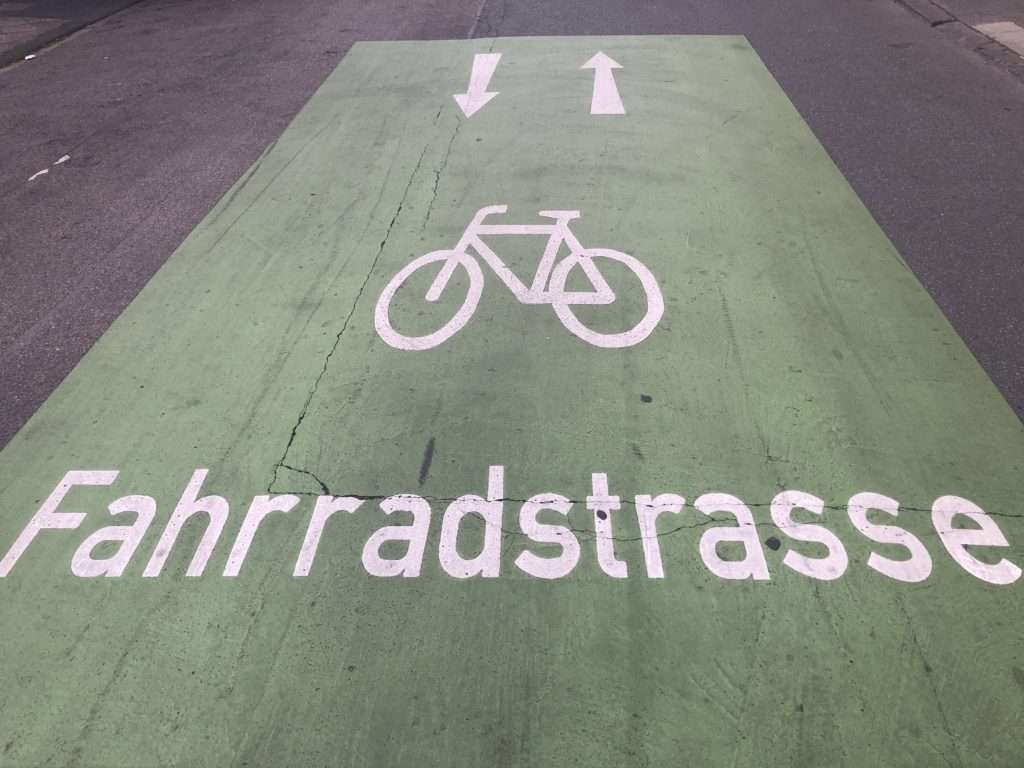 It’s a topic that turns me really emotional and troubled, I even feel the anger inside of me growing whilst writing this blog.
Actually I’m searching for a solution, because I don’t want to be disappointed and I don’t want to be scared.

But what can I do?

I am searching for a way to communicate with drivers. To make them understand that we don’t want to fight, we are not their enemies, but we are the weak and vulnerable ones. Maybe we could start a reasonable discussion to search for a way to solve this problem. I want to tell the drivers that if we ride in two lanes, it’s not because we want to upset them. We want to make it easier for them pass us. A 6 people long single lane against a two a breast of three. I even thought about contacting famous German football players, when I saw that  they ride their bikes for training too. Maybe “the Saints” of the German religion “football” might have a bigger influence on a society than cyclists have. But maybe it’s just a stupid and naive idea.
But there are days I want to climb off my bike or just stay indoors, even though I’m already using bikepaths and gravel tracks as often as possible to avoid problems and danger.
I try to talk about it, with non-cyclist friends to make them aware of the problem. Sometimes I chase drivers to the next traffic light and ask them, why they acted that way. But is this a solution? It’s seems like the fronts are hardened especially because of the feelings involved.
I just don’t want to see more people around me dying or being injured while doing the sport they love so much and I don’t want that to happen to me either.

Somebody once told me, that for a gun you need a licence. For a car you need one too, but a lot of people don’t even realise that also a car is a deadly weapon and you have to use it reasonably. Every time a car passes me in front of a blind corner or a crest of a hill: That’s attempted homicide to me. Because let’s think this through: What happens when suddenly there’s an oncoming vehicle? The drivers instincts will kick in, he swings over and takes me down. And maybe some do it on purpose, but actually I feel like the majority just don’t realise what they are doing. That’s why I group 4 different types of drivers:
1. The Panic driver
2. The benign driver
3. The malicious driver
4. The “I don’t realise it/ I don’t care” driver 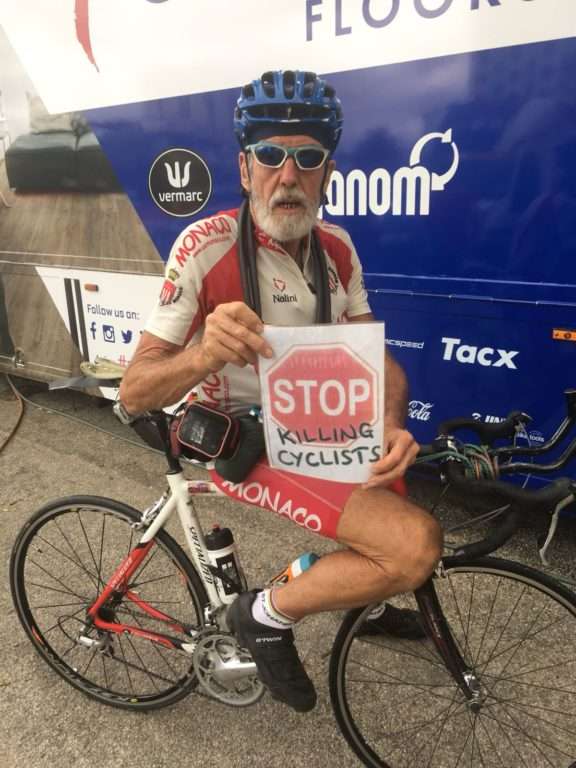 Cars are such a big part of our daily life and sometimes it seems people think that roads are “for cars only” and of a “free ride” as their human right. In the area I am from the car industry has such a huge impact. We have Daimler, Audi and Porsche and you can really feel this self-concept on the streets. As a cyclist for the drivers you are an antibody on the streets. There’s a joke about a German car driver stopping for ages in front of a red light, in the middle of the night, on empty streets. The German’s are so in love with their traffic regulations. For me its kind of tragic that drivers seem to respect an electric light way more than they respect a human being.

Let’s face the fact that bikes and cyclists are not a social problem. Actually we might be the solution for one. Especially in urban areas like Stuttgart where cars are more and more banned from the city centre. The traffic overruns those cities.

This blog ends up being a random selection of  my thoughts, my desperation, my experiences I have while I’m riding and here’s my wish:

Let me know if you have any ideas, solutions or good experiences with how you solved or could solve issues out on the roads. There are already really good campaigns like “A Metre Matters” and “Stop Killing Cyclists” that try to make a change. During the Tour de France kids wore jerseys on the podium to outline the “A Metre matters” campaign. Message me if you have any other campaings or ideas to support and maybe start a worlwide discussion. And if you are a driver: please keep the distance because as Dirty Dancing told us: Always respect each others dance space!

Thanks for reading, Tanja