Dear readers,
Last time I sat down to write my previous blog for Voxwomen, it was snuggled on the couch with my dog back home in New Zealand, feeling a little sorry for myself. The Tour of Britain, and soon after the Giro Rosa, were being raced at the time, and I was merely an avid fan waking up each morning to view results, physically and mentally so far away from it all. The temperatures at home were hovering around three degrees, my level of fitness at that time was probably similar, and my left collarbone was also separated into that exact number of pieces. It was really nice to be at home in a familiar environment after four months, literally jumping from café to cafe and going out riding with many familiar faces, but at the same time I felt like it wasn’t where I should be. I guess that’s a good feeling to have though, as initially when the team told me I’d have a break back home in New Zealand halfway through the season, a little part of me was scared that I wouldn’t actually want to return to Europe!
I spent around five weeks or so at home, the first ten days were spent attempting to study for my mid year university exams and riding very socially simply for fun, although I think my coach’s intention probably was for a little more rest than what actually transpired. The days that followed consisted of similar, except for the fact that I decided to throw in the second broken collarbone in two months after hitting a rock while out ‘training’… Lessons learnt from that episode: just treat yourself to rest when it’s a rest period but if you do decide to rebel, riding before breakfast is really great when it means you already have an empty stomach for the purposes of surgery that afternoon. 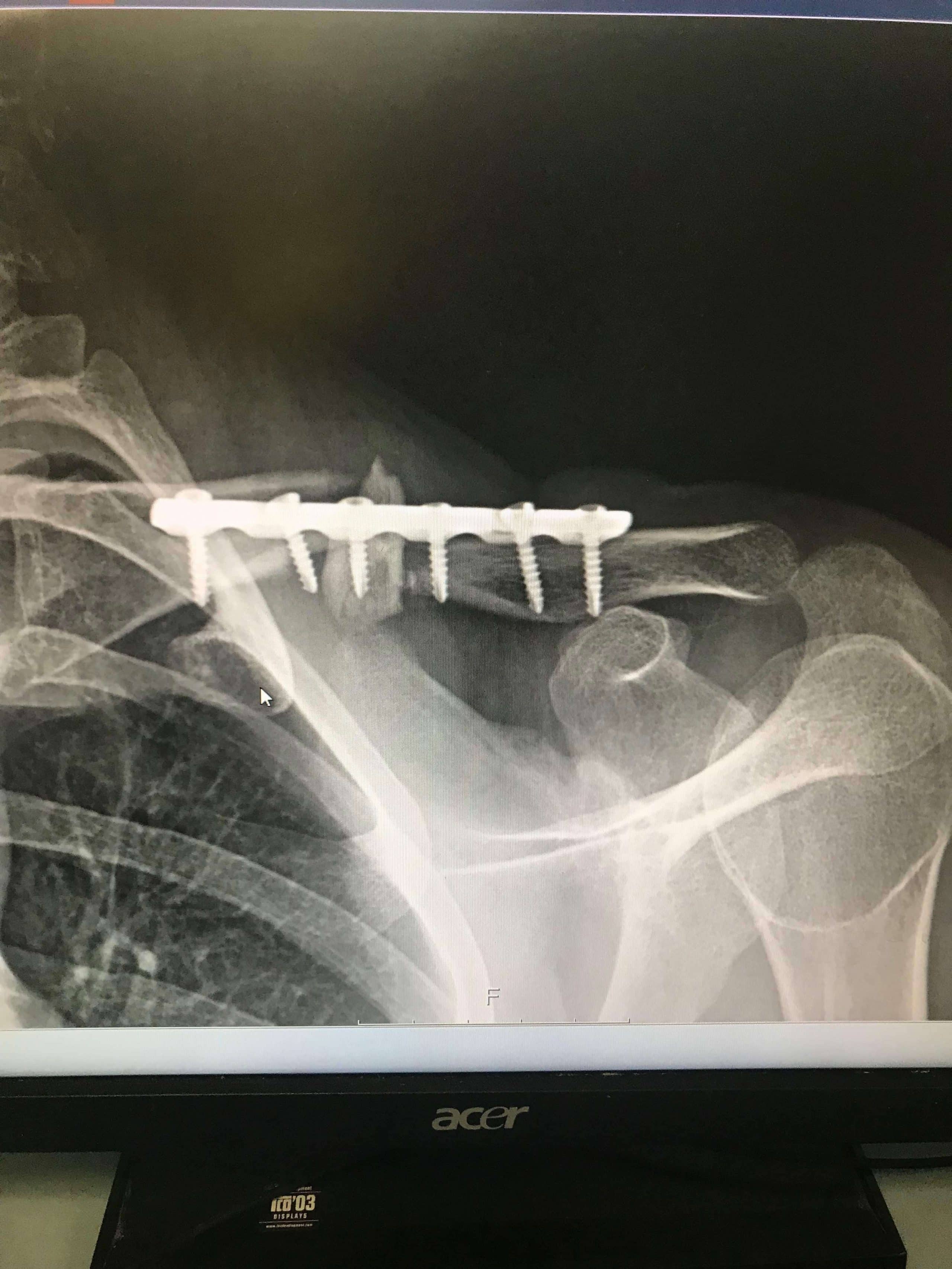 I flew out of NZ mid-July after a couple of weeks solid training on the road and 1.5 weeks where Zwift was my saviour. The break repairs were still a little on the fresh side but even the surgeon approved the outdoor riding, however I have not felt that unfit for quite some time and even pulling a gentle turn on the front of my local Sunday bunchie was a major effort. This was reflected in my 60 minute Zwift sessions at zone 2 power and 175bpm average.  Unfortunately there’s no disguising poor form when training indoors! In all honesty, I felt like physically I was at rock bottom, although to be fair that was more likely to have been when I was lying on the road after hitting the aforementioned object.
Full steam ahead though for part two of the season;  it was straight into Girona for one complete day before flying off to the BeNe Ladies Tour. This would seemingly be quite a rude awakening after the 40 hour journey straight out of winter with minimal fitness, not to mention how self conscious I felt being so ridiculously pale compared to everyone else in the peak of summer riding. This was a four day event featuring the classic Dutch/Belgy conditions and a rather nervy bunch – the perfect place for my newly reconstructed bone too! It ended up being a 2.5 stage event for me after getting caught up in one of the large handfuls of crashes, but somehow the collarbone survived despite an impact to my shoulder so to me there was no bigger relief. I jumped on my spare bike and kept chugging along but a lack of motor pacing and police sympathy meant that my tour came to an abrupt ending; frustrating but still nice to be back with the team racing after a two month absence.
It was fully into rebuild mode after the tour with a couple of solid weeks in Girona to knuckle down and find some form. It’s amazing how much difference some good days of quality summer training can make so come my next race, Ride London, I had a nice tan going and the sensations on the bike weren’t too bad at all. In true Ella fashion though, there were a couple unintended easy days after churning out the kilometres on a knee that took a small hammering in the Belgium crash (the same problematic knee that flared up during Tour de Yorkshire after another crash;  I’ll learn eventually). Ride London was an awesome event to race with a great atmosphere and despite having an extremely minimal amount of fast twitch fibres, I enjoyed the course and the fast, punchy style of racing. I even made it two crashes from two races after getting caught up in that infamous pile up during the final 200 metres which was a streak I aimed to end pretty promptly after that. Luckily the side barriers saved my fall so I was again unscathed apart from a couple minor fence stabbing cuts, nothing a spot of glue didn’t fix. 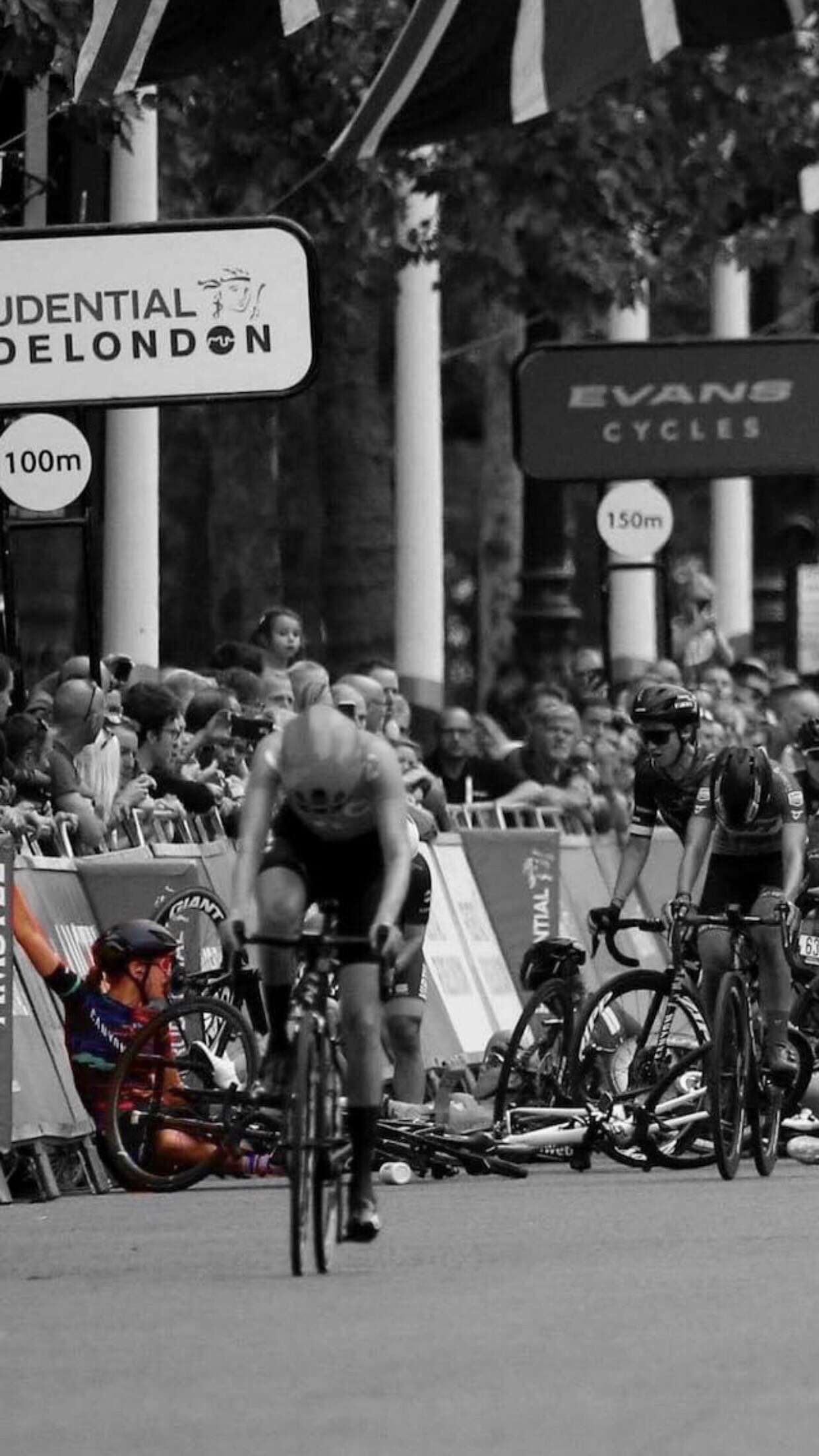 The trip to London marked the beginning of close to a month on the road and after spending a day completing a Rapha bunch ride alongside a little exploring, my team mate Christa and I flew straight to Denver to begin a couple of weeks altitude training in Boulder. This was my first time being exposed to altitude for a prolonged period of time, only having been to just under 3000m once before during a ride/ hike at Sierra Nevada for the Zwift Academy Finals team camp last December, how time flies! I was really interested at the prospect of spending some time up high, to see how I would cope and also to see if I could develop any noticeable gains going forward. 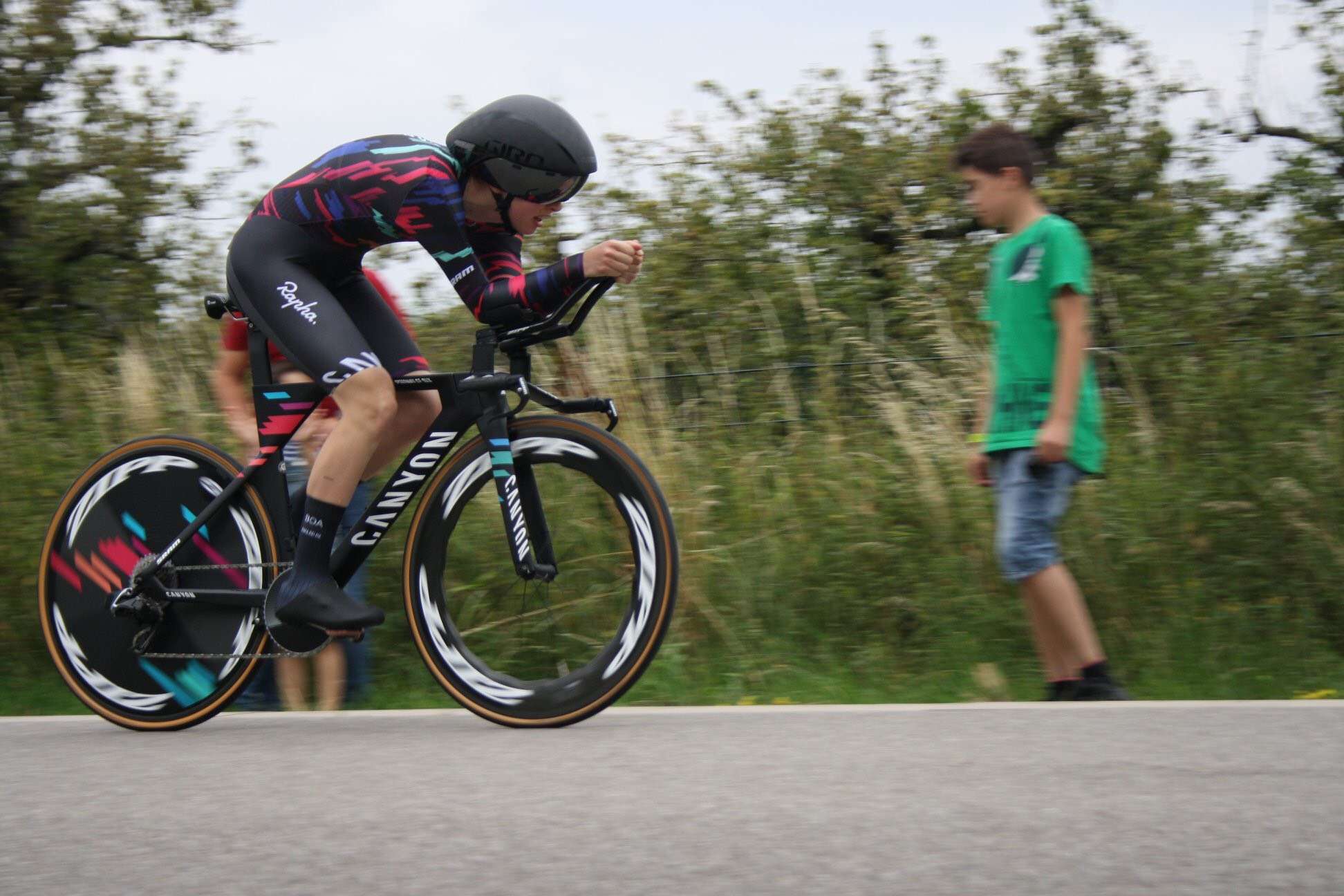 The first couple of days had me feeling a little breathless upon setting out in the mornings, but fairly quickly this improved and I was able to ride reasonably normally for solid durations, exploring the popular Boulder canyons and the Peak to Peak Highway. I was starting to feel in good shape, fit and pretty stoked that I was able to complete lots of my favourite riding – big kilometres at steady zone 2 for the win. One thing that nobody tells you about altitude is just how much it increases your need to pee… or how seemingly faster descending can be at 2500m versus sea level. 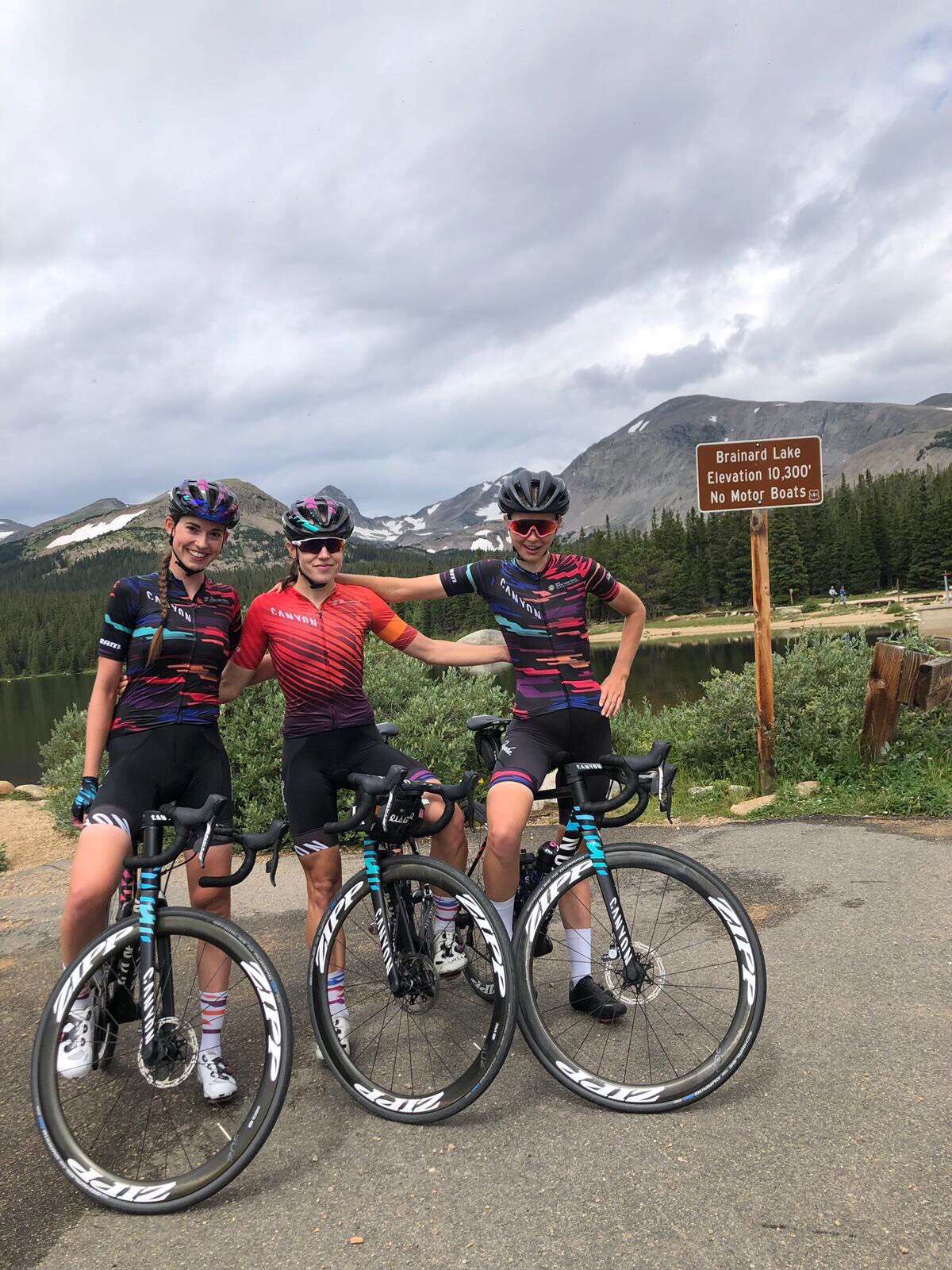 A quality 12 days in Boulder; an amazing city with gorgeous scenery, so many fit people  and most importantly endless quality coffee options (Rapha Boulder do great carrot bread FYI), before stepping the altitude metres up a notch to Steamboat Springs at 2100m. This was the starting location for the four day Colorado Classic a week later, the main reason for the Colorado training vacation.  But before that could kick off, it was time for some gravel action. Canyon were sponsoring the first edition of the SBT GVL event, so Tiffany and I were lucky enough to get our hands on a flash gravel bike each to hoon around on for the weekend while hanging out with the cool Canyon crew. We even competed in our first proper gravel race, the SBT 100 miler, with the intention of getting in a solid days training and not overdoing it before the classic begun four days later. Unfortunately when you pin on a number and line up on the front row, it’s hard not to mean business, so as we progressed through the race, the prospect of hanging in with the front bunch was too much to resist and the pace on the hills wasn’t quite hard enough to put me off. So it was a smidge under five hours out in the beaut Colorado countryside with some fairly relaxed Sunday cruisy riding on the flats and untechnical sections to keep it friendly, and a top five overall for me after still keeping my efforts reasonably restrained. My personal goal was to have a nice quality stop at an aid station to sample the various treats on offer but unfortunately once in the leading bunch, my racing instincts took over, so I failed that one. This leads back to one of my altitude discoveries, it’s fine for males to manage but five hours on a sunny day without a pee stop really took its toll. I really loved the whole event and the style of race; it was great to get a little loose on the gravel and 100 miles actually went surprisingly fast despite the terrain. It’s definitely something I don’t want to keep just as a one off race outing! 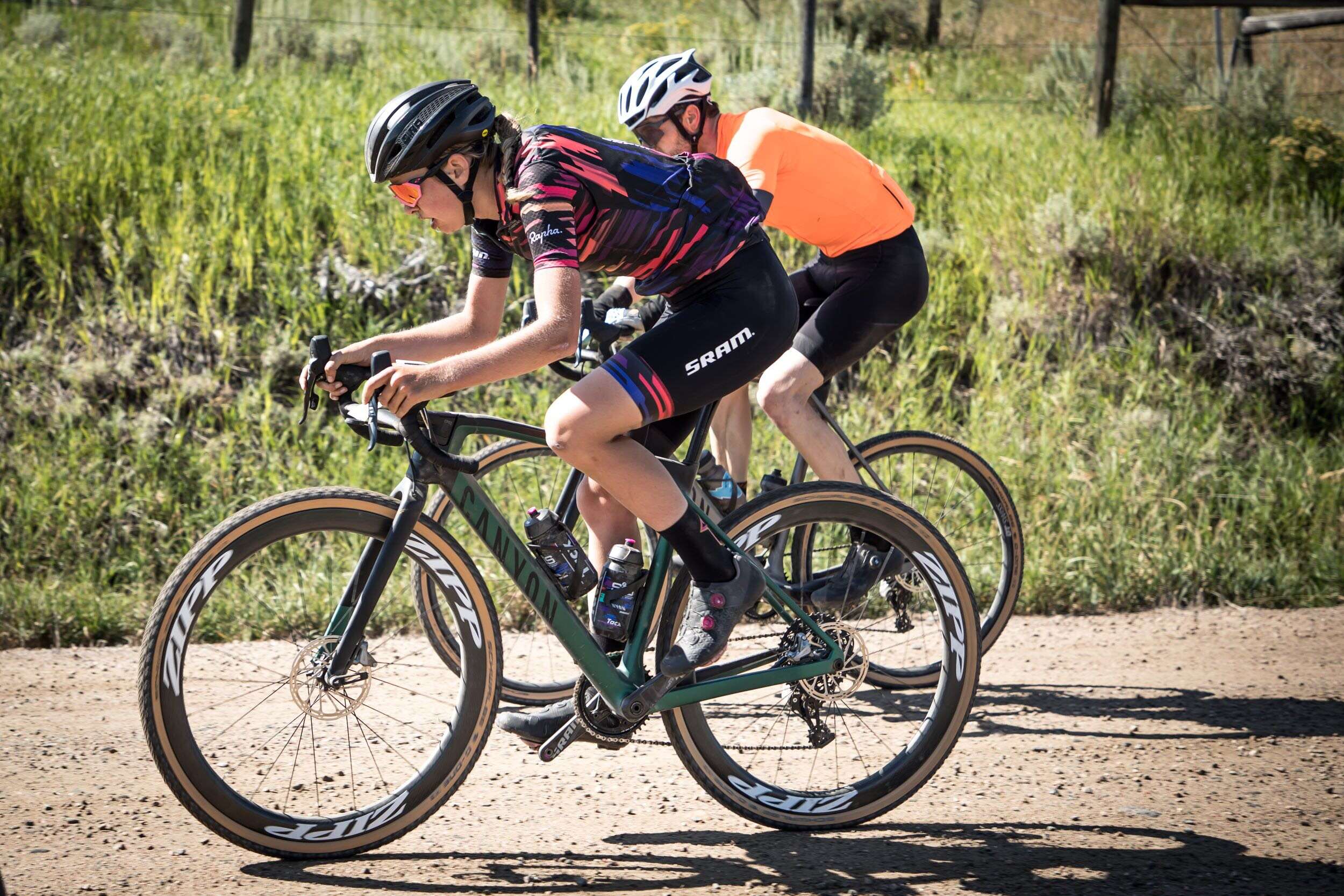 Post a couple days R&R, it was time for the main event. Road racing in America is quite a foreign concept due to many varying factors compared to Europe, namely the road size, completely unfamiliar teams/riders, and also the courses we raced, which all made for a new dynamic with a different racing style to the Euro norm. It was definitely cool to be racing in the US and the tour itself had some exciting courses which made us all pretty motivated from the outset, not too long but packed with interesting features. A 10 kilometre gravel section was the highlight in Stage 1, Stage 2 featured an 8 kilometre climb at 2500m through a luxury gated ski resort community, and the finale was a brutal Downtown Denver circuit race in true American crit style with 38 degree temperatures. It was a pretty successful outing for the team, winning the overall teams classification with Omer placing 3rd on GC after a 3rd on the queen stage. I was stoked to nab a 4th on GC after a 4th on the literally breathtaking mountain climb, and came away from Colorado pleased with how the altitude treated me. A whirlwind trip to the SRAM offices in Chicago followed and I then found myself taking an impromptu and last minute four flight, 25 hour trip straight into France for GP Plouay… but we can save that next chapter for another time. 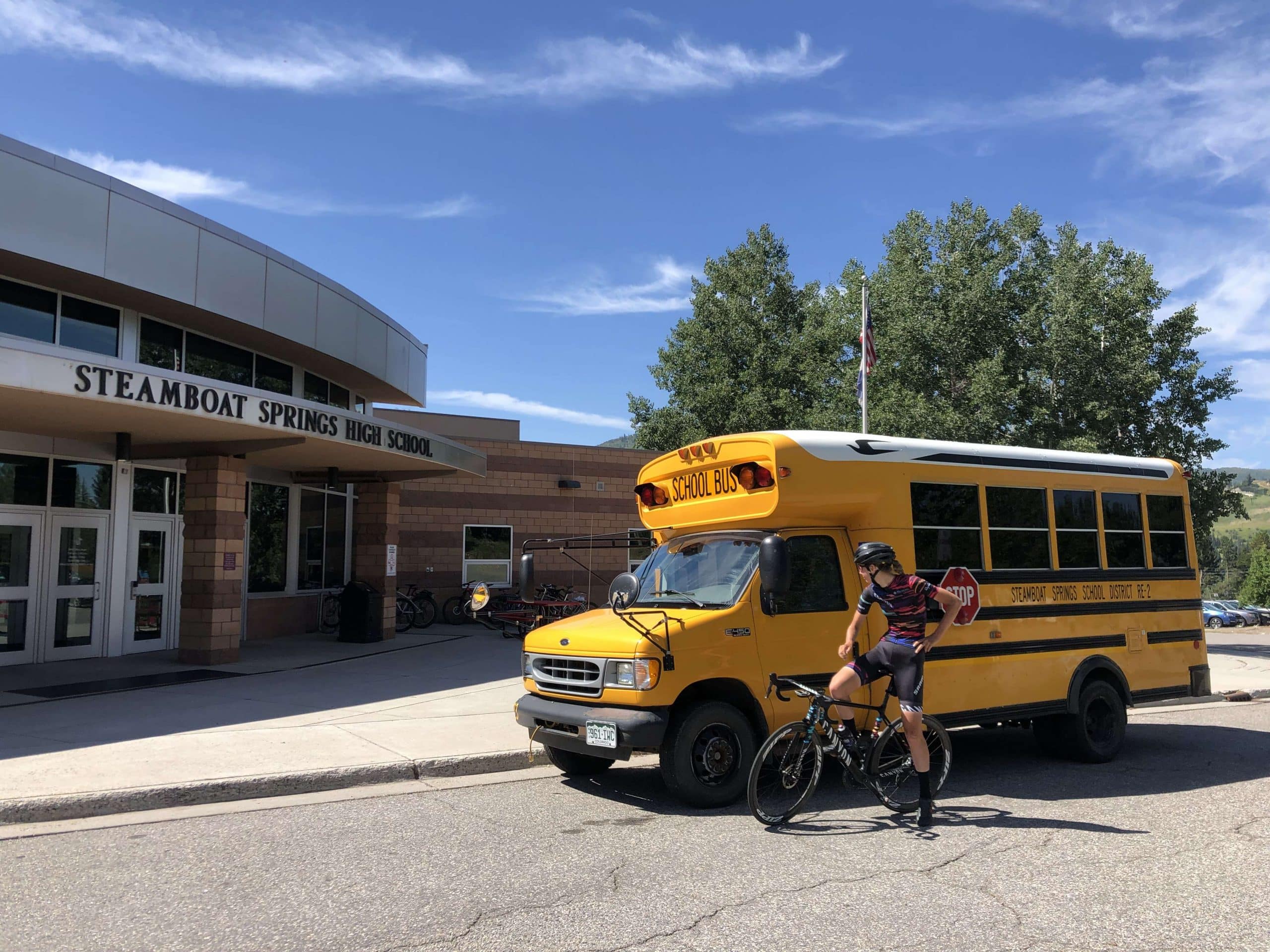 Thank you for following my Zwift blogging journey, I’ll be representing New Zealand at the world championships in Yorkshire, Great Britain, so until next time, happy riding! Ella Harris 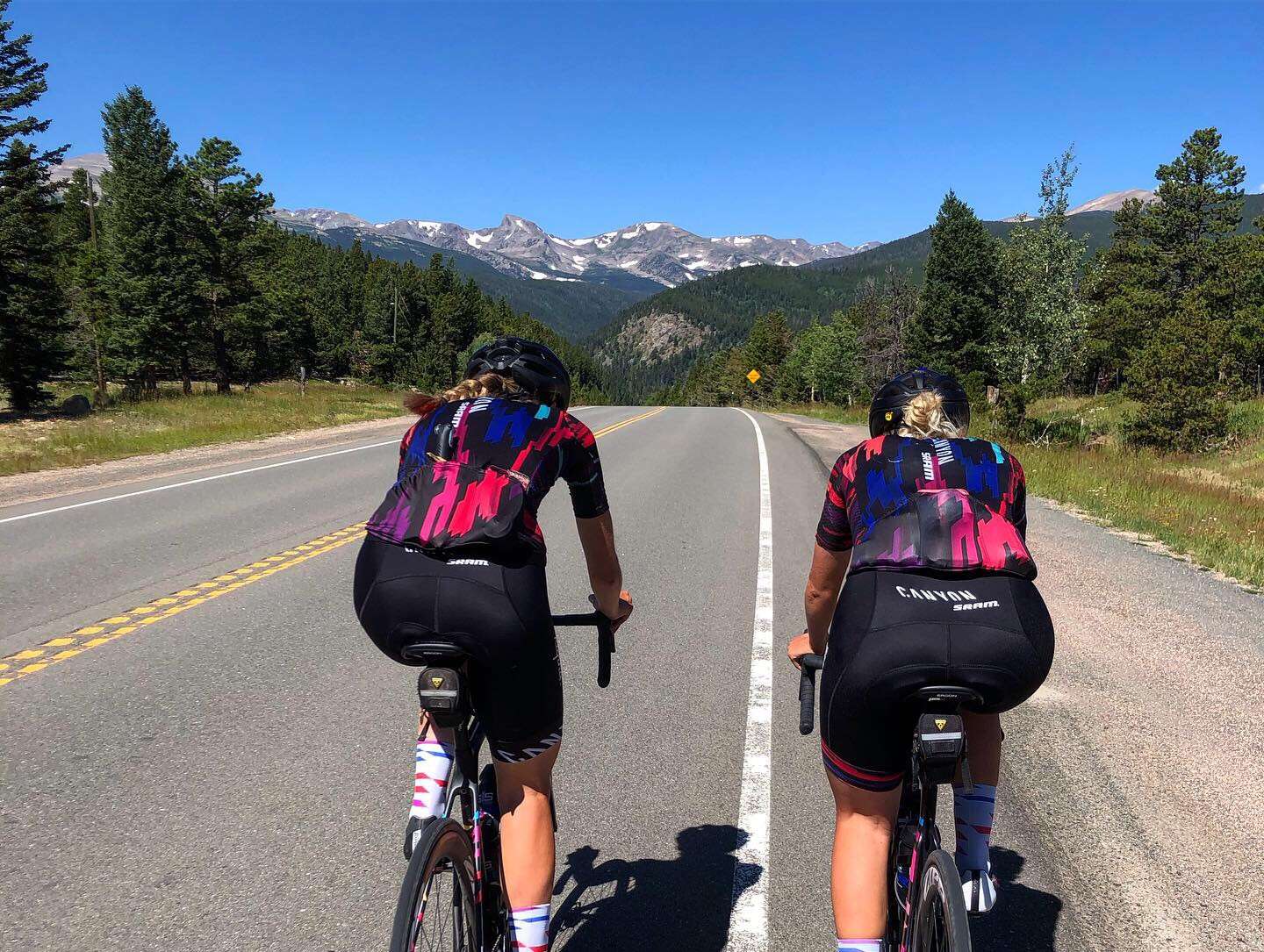