Cecilie Uttrup Ludwig – Should the UEC shorten the European Championships?

The European Championship is a big event most riders are looking forward to participating in. Last year was a little extra special to me; it was held in Herning, Denmark. That meant that I had the opportunity to race on home soil, in front of home crowds, hearing familiar voices along the course. It was well-organized and became a great advert for Danish cycling.

The UEC has recently announced changes to the format of the European Championship as of 2019. Shorter laps, shorter distances and an E-bike category. The road races for women will be between 100-120 km and for the men 150-180 km. All time trials will be the same distance (between 20-30 km) and on the same course for all categories (both men and women).

It’s an attempt from UEC “to make races more spectacular and exciting for the general public and press”. They are trying to renew cycling as a sport and make it more spectator-friendly. This sounds like a good idea. Cycling and especially women’s cycling need more spectators to grow our fan base and to grow as an attractive business. It’s exciting to see if it will succeed. 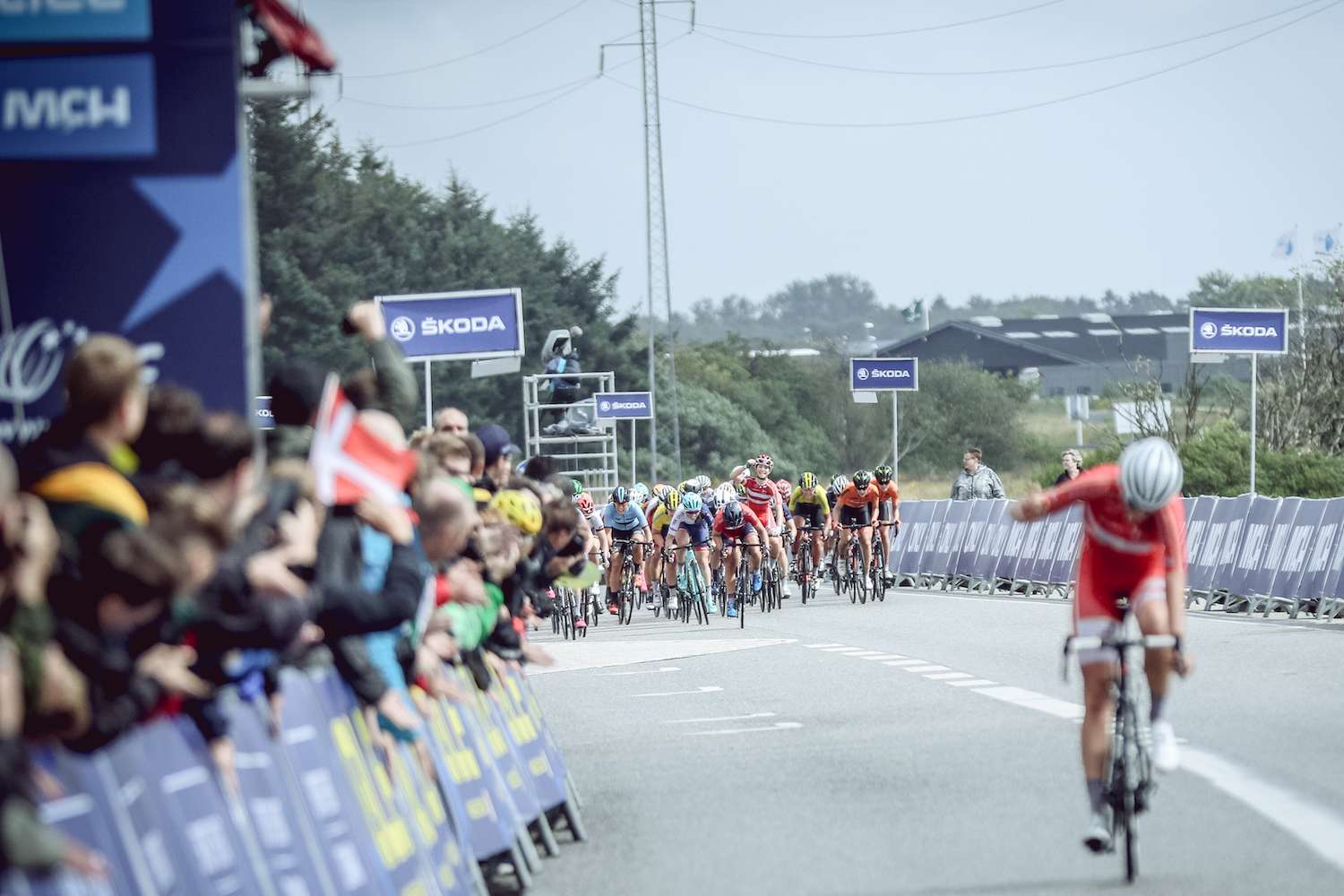 It’s not unusual for the men to race more than 200 km. The long races can sometimes be less interesting to watch, because a large part of the race becomes transportation from A to B, before they can step on the gas, so to speak. Shorter race distances are often more entertaining. They’re usually more intense and produce more action. I guess that is something they are aiming for as well.

But is it necessary to shorten the women’s race?

Personally, I believe that the women have provided extremely exciting and dynamic racing with endless and often short-lived attacks. This means that we see consecutive attacks which intensify the race. Many people welcomed the increased maximum race distance last year to 160 km. In my opinion the racing didn’t become dull. The World Championship 2017, in Bergen is a great example. We raced no less than 152 km and already from lap 1 we put on a great show. There were countless attacks and a brutal hard pace on Salmon Hill which blew apart the pack. Often the attacks were reeled in but then another attack went away.

Is it possible that by shortening the race to 100-120 km it’s more likely that it will end up in a bunch sprint every time? And can you argue that we sometimes need longer distances to create a selection as more riders fatigue?

Judging from the distances UEC has come up with for the men they want races of 3½ -4½ hours depending on the course. The women’s races already have that length, so why shorten it?

That will be all from me for now, I’ve got to get up and get out for yet another training ride. The race-season is just around the corner, but first I’ll meet up with the team on training camp. I’m so excited to meet everybody again.

I would love if the blog could open up for a debate. What are your thoughts on this? Let me know!