As a Euro pro, it is not often that I get to race in North America, making the Amgen Tour of California one of my highlights of the season. California is still a five-hour flight from my home in Canada, but after so many training camps in the state while racing for American teams, it has a feeling of familiarity. I was pleased to find that I recognized some of the roads, as we raced around Ventura and past Lake Casitas the first day, and then up Glendora Mountain Road onwards to Mt. Baldy on the second stage.

I dream of competing in a full 7 day stage race like the men so that we could visit more incredible roads and locations across the state. However, they sure put together a tough race this year, as we climbed nearly 20 000 feet in three days of racing! The race is well organized and lives up to World Tour standards, offering positive things like equal prize money between the men and women. Equal prize money has become the expectation and norm at many races in North America, and it is a trend I would love to see spread across the world. 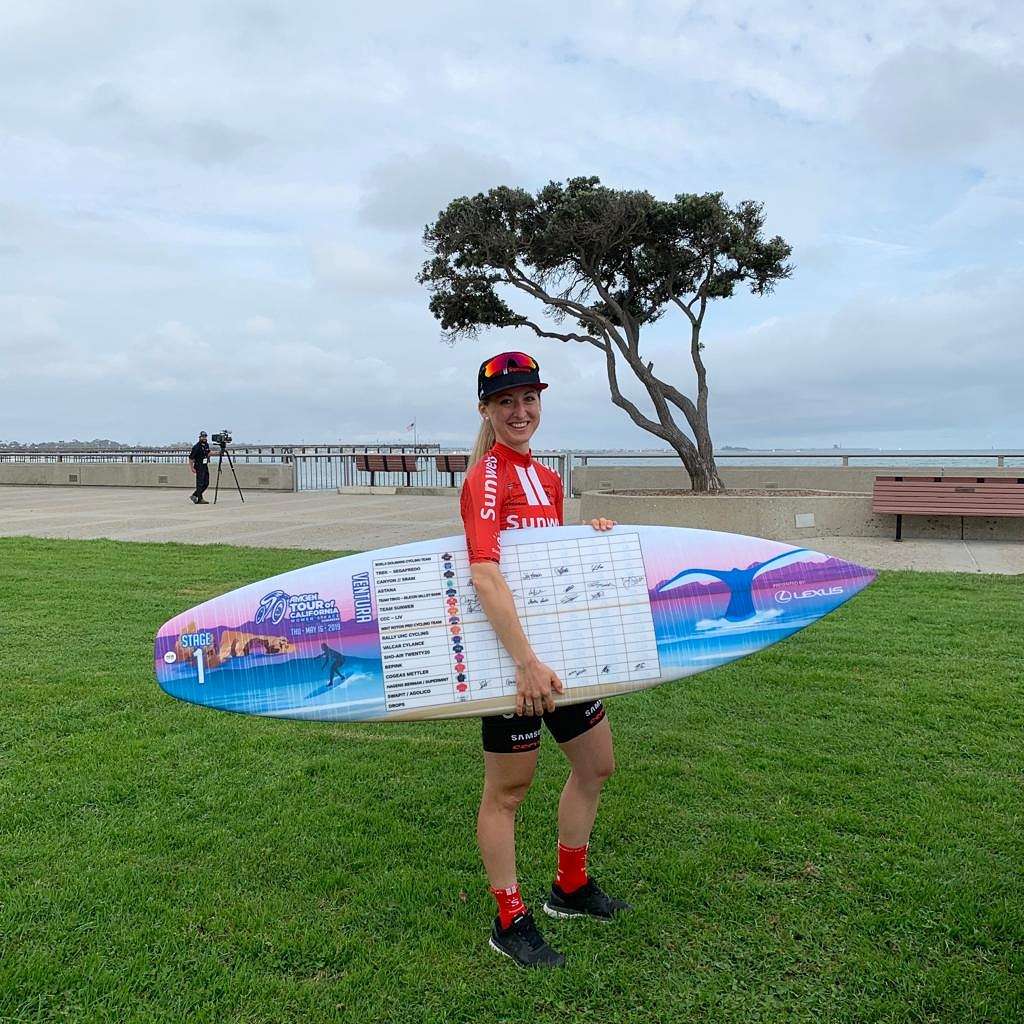 I find it amusing to observe the reactions of the Europeans when it comes to North American culture. The most obvious observation is that everything is just bigger. The roads, portion sizes, buildings, parking lots etc. My teammates were also excited to find some new American products in the breakfast box, and to explore the local grocery stores. Sometimes very simple things can offer entertainment and insight into another culture.

Racing in Europe versus North America is a very different game.  The way the roads and environment are structured, and the size and depth of the peloton create these main differences.  The level of fitness needs to be very high to be competitive in both, but what changes is how you expend energy during the course of a race. Big wide roads, and not many obstacles mean that it is easier to position for climbs and other key moments in North America.  In Europe, very narrow roads, and a lot of technical features such as roundabouts, medians, poles and curbs mean that you need expend a lot of energy already in the lead in to important moments in the race to remain in contention and execute your team plan.

It is a bit ironic that the infrastructure that makes it safe as a rider in many European countries can create additional hazards for racing. I would quickly accept more road furniture in North America if it resulted in a safer and more inviting environment for cyclists. 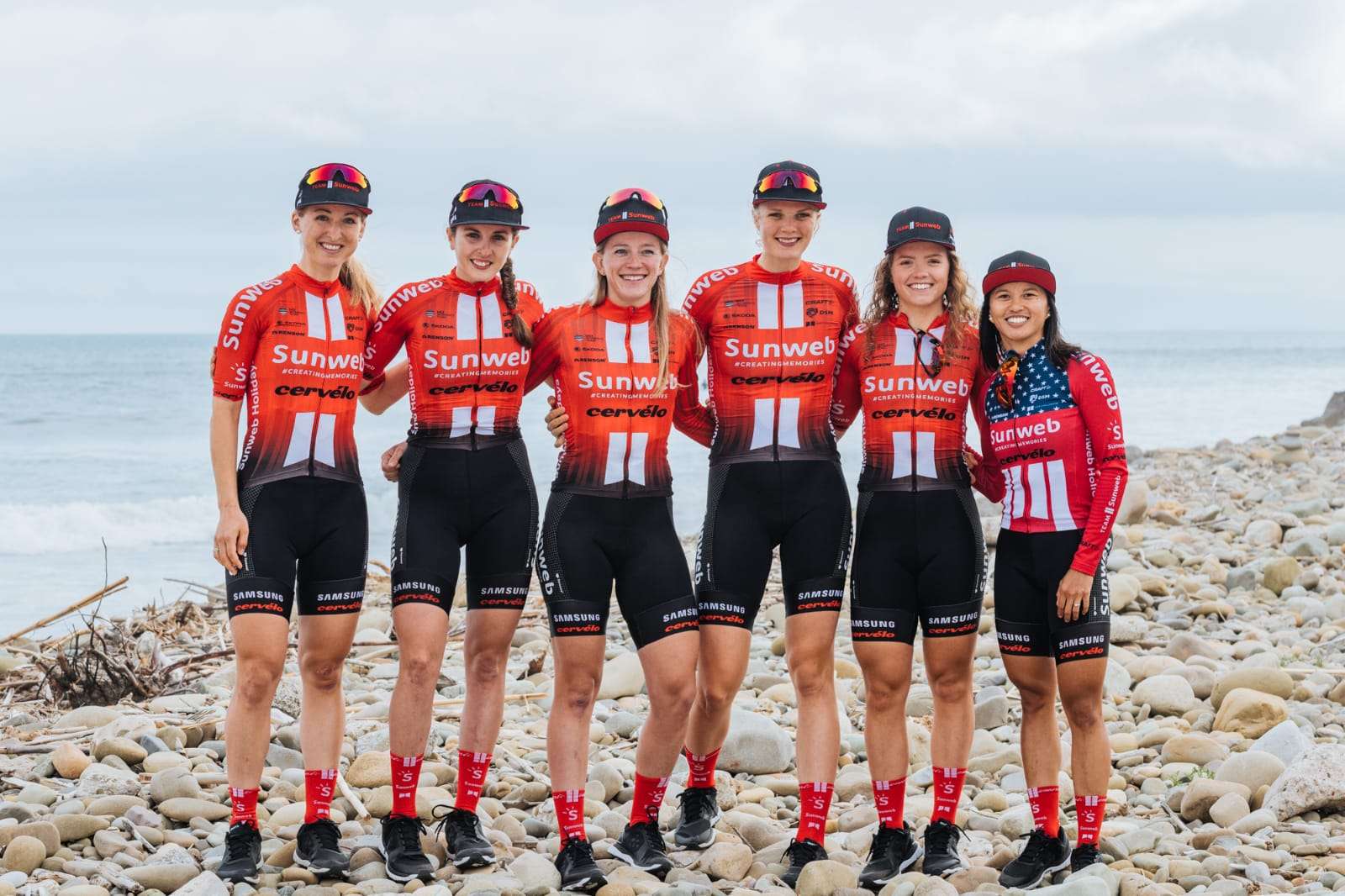 The fans and volunteers were amazing all week, and showed so much enthusiasm cheering us on. Coryn was definitely a fan favourite, riding in the American national champion jersey in front of her home crowd, and her family and friends took good care of us all week. Even her dogs Tank and Frodo were out there cheering for us! Her parents kindly shared their motorhome with the team and then threw the best post race BBQ after the last stage when we finished at the Rosebowl stadium.  Watching Cees Bol sprint to victory from the roof of the motorhome was a great way to close the weekend. I finished 4th and 5th on two stages, and Juliette took home the Best Young riders jersey after a strong ride up the slopes of Mt.Baldy. 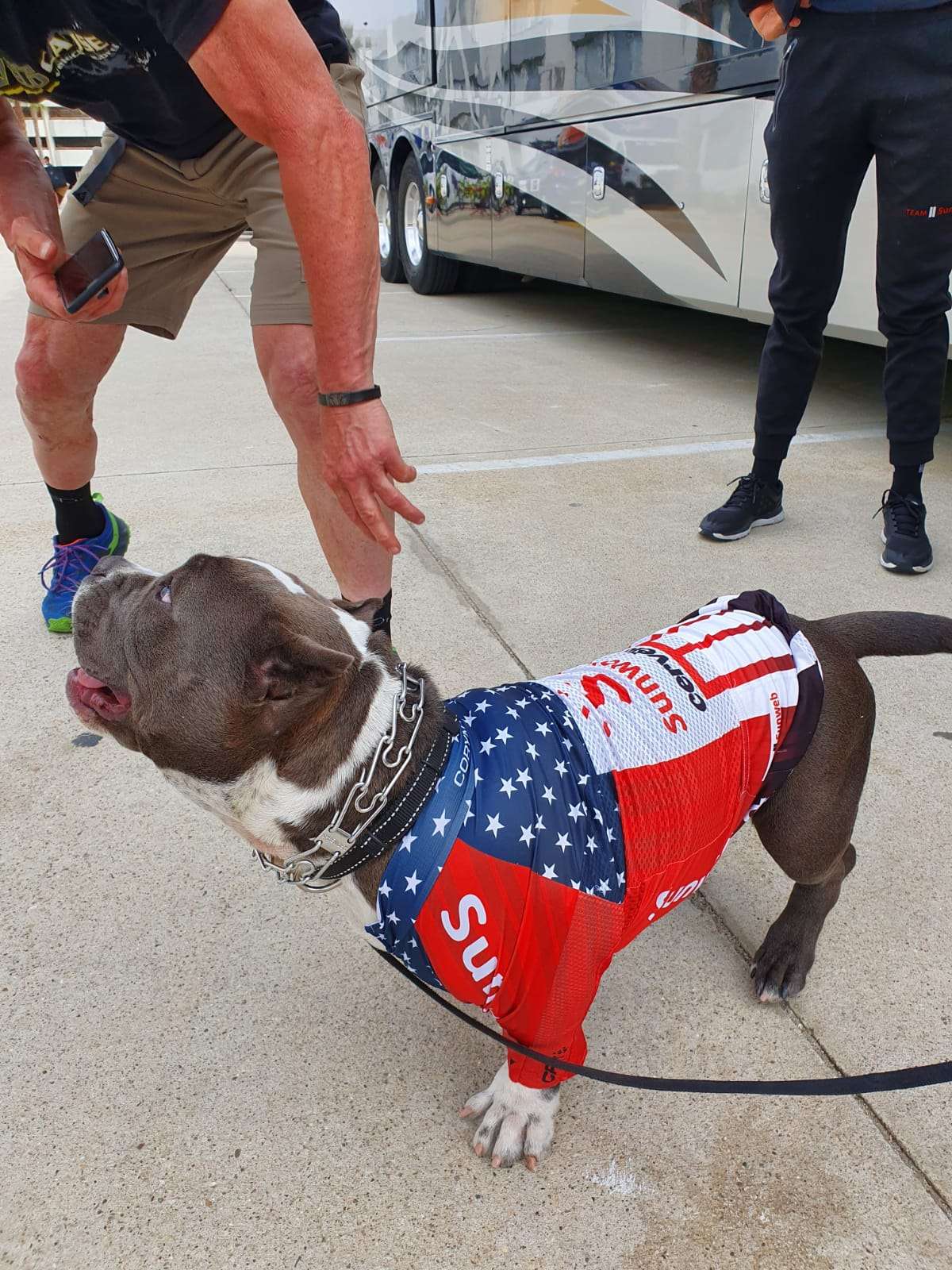 I am looking forward to competing in another North American race in a couple weeks, the Grand Prix Cycliste Gatineau, before heading back to European racing. Until then it’s time to enjoy some quality time at home in Canada! You can follow me in the meantime on social media @L_Kirch on Twitter and @leahkirchmann on Instagram.