Next up in our Q&A series in collaboration with Peloton Magazine is Elinor Barker, Olympic, World, European and National Champion on the track. Alongside these achievements, the Welsh rider is also nearing the end of her part-time studies in Psychology, and is aiming to defend her title in the Team Pursuit at the Tokyo Olympics. Find out a little more about her in our latest interview.

Where are you from?

I’m from Cardiff, in Wales

Where do you live now?

I now live in Manchester. I moved there to be on the British Cycling squad when I was 18.

How did you get started in cycling?

I was quite a sporty kid, and we lived near to Maindy velodrome. I went to swimming lessons in the leisure centre next door so I would see the cycling sessions as I was leaving and thought it looked like fun.

At what point did you realise that cycling was more than a hobby?

I’d say I started taking cycling pretty seriously by the time I was 14 or 15. But I still thought of it as a hobby – just a hobby that I wanted to be really good at. I never thought it could lead to a career.

What’s your most cherished memory in your sporting career to date?

My most cherished sporting memory is definitely winning gold at the Olympics in 2016. It wasn’t really like any other race I’ve competed at, so it really stands out.

What are your goals for the Olympics?

This year, I want to defend my Olympic title in Team Pursuit.

What will your training look like as the Games approach?

Unfortunately my preparation for Tokyo won’t include much racing, as most of what was planned has been cancelled. So I’ll mostly be training in the UK between now and July.

What keeps you motivated during difficult times?

In difficult times I try not to look too far ahead. If I can just get through the next week, the next few days or even just the next session, then hopefully whatever is making things tough will be a little better by then.

Advice for younger riders striving for the Olympics?

My advice for younger riders wanting to go to the Olympics is to work backwards from that date, make some process goals and work on those. I think aiming too big too soon can be pretty daunting. You need to have some milestones to reach in the interim to let you know that you’re on track. 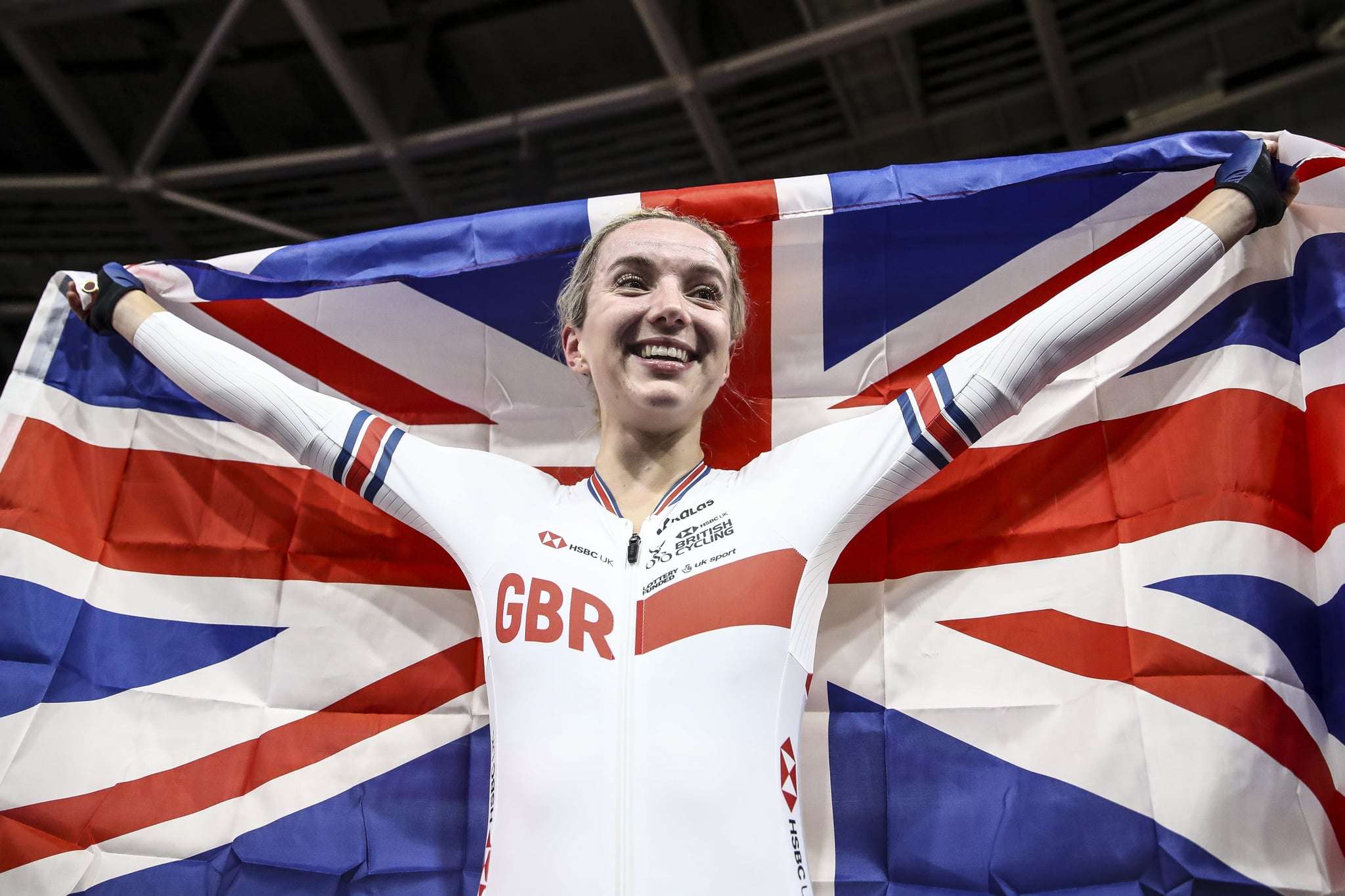 If you weren’t a pro rider, what would you be doing now?

Usually I say that if I wasn’t a bike rider I’d probably be travelling, but I guess that wouldn’t be the case this year. I’m just coming to the end of a degree in psychology that I’ve been studying part-time for the last 7 years. So if I hadn’t been a big rider I suppose I’d have done that full time, and then hopefully be working in that field in some way.

My favourite place to stop for coffee is either the Service Course in Wilmslow or the Wizard in Alderley Edge.

What’s your spirit animal and why?

I don’t know if I have a spirit animal. I’m definitely a dog person, but I think I’d enjoy the life of a well-kept cat. Sleeping in the daytime and the freedom to come and go as you like sounds ok to me!

One thing you can’t live without on the road?

I always travel with more snacks than I think I’ll need. Sometimes it means my bag weighs a ton, but when you’re travelling around to a lot of different places, it’s nice to have some consistency with what you’re eating. I usually bring things like hot cross buns and pancakes.